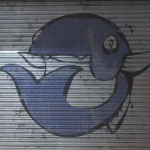 looking for writing work, if you need any help or want to expand an idea id love to help i have a little writing exp you can check it out on my page thx. Unlawfulspartan (talk) 03:05, April 26, 2013 (UTC)

The only real requirement is that I think your work is of a high enough quality. Also, you'll need to check out the IRC, since that's where we do most of our collaborating. Check out both the main channel for the site, #halo-fanon, and DoH's own channel, #Demons-of-Hope.

Don't worry, I'm lazy as well. You are free to work at your own pace, so long as work is being done.

RE: Sangheili on board

Sure, I don't see why not. Always keep in mind to play the character to the letter!

Don't touch anything. Move along, citizen.

RE: New to the Crew

Hey there, I only just recently saw your message to me and your feedback. Thank you for the kind words, I still don't know my entire way around the Wiki, however I quickly took to learning how to link things to other wiki's namely Halo Nation. Any Machinima scripts or stories I have written are usually tied into the Halo Canon Story so they could technically be implicated and still work.

As far as Number/Tags go, it was only temporary as I still configure new numbers as both Jake and Trey represent my friend and my Birth dates :P Don't worry I know full well the numbers of Alpha, Beta and other known Spartan (I, II and III) Companies/Squads/Classes.

Again thank you for the kind words and hopefully I can add some content users would like to see.

Still not quite sure on messaging, talking and contacting users properly so I hope this isn't incovient.

It's great to be able to get your help cause I do actually have a problem I can't seem to fix, my new article Dan-A248 doesn't seem to show the image linked to it that I uploaded for it. It instead has a [ 1 ] and is only able to click towards the link instead of show the image. As you are a frequent and say a veteran of the site I am hoping you might be able to help me, if it isn't too much of a problem. Again thank you for your warm welcome,

Shit, dude, I wish you would have asked sooner, I would have loved to have you involved. I don't think there's really any openings at this point, though. You can talk to me on the IRC if you think you know something that would work, but otherwise, I don't think there are any openings. Sorry :(.--IndyRevolution (talk) 20:53, February 22, 2015 (UTC)

So, uh, this is sorta awkward to ask, considering the last message, but I actually do need your help. I haven't planned fully ahead for the Covenant perspective, and it would be great if I had someone to write for their commander, Uslo' Montagee. I'm not so sure about Shoto, since there are already a bunch of characters involved as it is, and I don't want to make things too complicated. Anyways, if you're still interested, it would be great if you could contact me via the IRC.--IndyRevolution (talk) 02:45, February 26, 2015 (UTC)

Yeah man, just shoot me a message on Xbox if you wanna brainstorm or next time on IRK. Also, was dickin around and reading on the site, stumbled onto your sandbox and saw A109. Would his partner still be around? Because I've got some ideas.User:Spartan-D042 screw this sig stuff 20:02, April 7, 2015 (UTC)

Yo Kest, I was randomly wondering, is Stripes ever gonna get on here? I feel like he'd like the place, granted we haven't spoken in like a year but still.User:Spartan-D042 screw this sig stuff 20:56, April 20, 2015 (UTC)

Was thinking about you!

I wrote a story, Halo: The Final Visit, about the Missing Wall. Just thought you'd like to know that your beautiful idea of the Missing Wall is still inspiring us! slowfuture (Talk) (Contribs) 02:30, June 10, 2018 (UTC)

Retrieved from "https://halofanon.fandom.com/wiki/User_talk:The_Pale_Kestrl?oldid=670227"
Community content is available under CC-BY-SA unless otherwise noted.