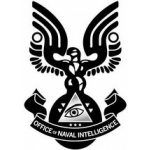 Use this template. Copy paste the following to your article and fill-in as needed:

Well, just tell a story. You can break it up using headlines and whatnot, specifying particular periods of their life, but get in that storyteller mood. I can't tell you what to say, but think about the life they had growing up, before and after getting accepted into the Spartan program. Then think about their accomplishments as a Spartan. Let your creativity flow. Flame-124 06:40, March 21, 2012 (UTC)

Hey dude, sorry it took me so long. Anyway, if you want to get that NCF tag removed from your page, I suggest you do several things. One thing is that SPARTAN-IIs were recruited at age six; ten is too old, so he would have been rejected simply because of his age if he were ten, so have him get recruited when he was six. The SPARTAN-IIs were also augmented at age 14 or 15, not 18. Another thing is that marines didn't recruit SPARTANs, so instead of having marines recruit him, havee ONI personnel kidnap him and replace him with a flash clone. Also, the UNSC didn't "need every able-body" for the SPARTAN Programs, especially not the SPARTAN-II Program, which was extremely picky about its candidates. If a child did not meet every single requirement absolutely perfectly, they couldn't become a SPARTAN. This is partly because only the kids with the strongest bodies and the most willpower could have a chance of surviving the augmentation process. Therefore, make it so that your SPARTAN was perfect SPARTAN material.

Additionally, the Human-Covenant War began when the Covenant attacked Harvest in November 2525, roughly six years before your SPARTAN was born. You could potentially change his birthdate to 2511 and have him be a Class I SPARTAN-II, but you would have to change his SPARTAN tag and make it below 150.

Alright, your article is looking a lot better now, but there's still work to be done. The first thing you should do is change the name of the article to Shade-129. Do this, and then we'll start on the final steps of fixing your article. »Beware, The Demons Bring Automatic Weapons« Begin the First Movement: All that you know shall die with you. 16:23, March 27, 2012 (UTC)

Excellent. Now we can finish fixing your article. I will list off all of the remaining issues here and give ways to fix them.

Okay, two more things. First, "Enlightened Amendment" is more likely to be the name of a Covenant Ship than a UNSC ship. UNSC vessels have names like UNSC Saigon or UNSC Ia Drang. Now, you can't use those specific names since I've already used them in my work, but you use something like UNSC Otto von Bismark (named after the famous Prussian military leader who united the Germanic states leftover from the dissolution of the Holy Roman Empire) UNSC Ibelin (named after Balien of Ibelin, a Christian military leader who fought in the Second Great Crusade). Next is that you should make his first name Shade, since SPARTANs went by their first names, and were not allowed to know their last names. Once you've done that, I will edit your article and correct the spelling, grammar, and formatting errors (essentially, I will make it look prettiful :P), then I will contact an admin, have them look the article over to see if the NCF tag can be removed. If they point out any remaining errors, I will help you correct them. »Beware, The Demons Bring Automatic Weapons« Begin the First Movement: All that you know shall die with you. 23:21, March 28, 2012 (UTC)

BTW, know that it will not be possible for me to fix your spelling, grammar, and coding errors in every article you may make in the future, so you will either need to learn how to use proper spelling and grammar and wiki writeup, or use a spelling and grammar checker when you write your articles and learn proper wiki writeup. Not that I won't help you with that stuff if you ask me, but you won't be able to rely on me to fix every single mistake in every article you make, since I have a life and don't have time to do that. But I will fix it for you just this once, since you're new and I don't want to make things too hard or complicated for you. »Beware, The Demons Bring Automatic Weapons« Begin the First Movement: All that you know shall die with you. 23:38, March 28, 2012 (UTC)

Don't worry dude. Everyone had a rough time when they started out here. Even me, but I was blessed enough to not have any of my articles NCFed, though I still came close. You're really no different from anyone else here, and soon enough you'll figure things out. The important thing is to ask for help, and you're already doing that. A lot of new users get their articles NCFed, and they just argue with the admins instead of trying to fix it, or they just get fed up and quit. One of my friends did that, and he still regrets it. And there's also users like this, who end up getting banned. Be proud that you aren't one of those people, and just keep at it until you get it right ;)

I'll probably have time to fix your article tomorrow.

In the future, please just state what you need, instead of asking me to message you. Much like asking if you ask a question, it is somewhat annoying. Nevertheless, what do you need to discuss? Auguststorm1945 06:10, April 3, 2012 (UTC)

I'd recommend asking Athena32; he seems most familiar with your article, and the concerns of the contributor who originally tagged your article (HZ, concerning the tag number) have been dealt with. Auguststorm1945 (Talk) 06:37, April 3, 2012 (UTC)

Just leave him a message asking him to clarify what you need to do to remove the NCF template. I know he isn't on at the moment, but he will message you back when he is next on. Auguststorm1945 (Talk) 06:54, April 3, 2012 (UTC)

I rather meant I'd talk with you about what could be improved. I would definitely not want to add or remove stuff that you really deemed valuable.

Hello you messaged me about help with articals etc, honestly i don't know much myself, im still new around here but most of my ideas i have on my pages are ideas and things i found from other articals, Just use your imagination for coming up with a story. If you need any help with things any of the admins will help you, like they did with me ^_^ --S-077 02:15, May 7, 2012 (UTC)

Well, first of all ODSTs aren't abducted, they're a volunteer special forces unit. Which means that you can enlist in the military when you reach the minimum age, and either train as one or join another branch and be invited from there. If you want him to have been abducted at an early age, then he will have to start out as a SPARTAN-II, who were. If you keep the background of being abducted, then it might help to explain why he was in a forest being attacked by Guta in the first place - was he with his dad, hiking, when they attacked? The father was killed, but the ONI agents saved him.
Alternatively, he could have joined the ODSTs when he was 18, served in a few battles, and then joined the SPARTAN-IV Program, which did take volunteers and augment them. Additionally, your quotes sound a little...cliche'd. I find that quotes should offer a viewpoint, or get across information - all the current ones really tell a reader is that he likes to yell at things.
Also, a Spartan wouldn't be assigned as a second-in-command, or permanently attached to a UNSC Destroyer. They're supersoldiers, not commanders. Covert special operations, not naval commanding.Specops306 Autocrat Qur'a 'Morhek 00:38, May 29, 2012 (UTC)

Erm. Did you need something? —

After just reading your article, I can tell you are probably in distress. Shade is obviously an NCF article so I'll give you a few pointers.

Just a heads up, covert ops isn't a battle, let alone an actual organisation. And you'll need to increase his height. All Spartans were around 7 feet tall. (Change the day of his birth as well due to its universal status. That's basically all cleared up. If you want more help you can message me again or ask someone else. Good luck! —

Perhaps I was being too vague. I'll take the liberty of pointing out everything.

Hope this helps. (Remember to edit your infobox and overlook your punctuation and spelling) —

Retrieved from "https://halofanon.fandom.com/wiki/User_talk:Spartan-759?oldid=493970"
Community content is available under CC-BY-SA unless otherwise noted.