I noticed that your article Spartan-035 is in need of some grammar improvement. I could help if you want me too. Just remember that when you reply to this message, please reply at my talk page and remember to sign your name by placing --~~~~ at the end of your post. Hope to work with you soon. --[The_Bøøkkeeper.] [INFINITYVERSE] 03:31, February 27, 2010 (UTC)

Okay then, just remember that A LOT of veteran users have fairly short fuses, especially on grammar. There's two main things you'll have to keep in mind:

Yeah, that's just an example. But it may be hard now, but eventually it'll get easier once you get a rhythm going it'll get much easier. If you want an idea for what you're SPARTAN would do after the war, he could go around to old human colonies and try and fight off the remaining Covenant forces. A lot of people do it and you can still be creative. --[The_Bøøkkeeper.] [INFINITYVERSE] 22:20, February 27, 2010 (UTC) 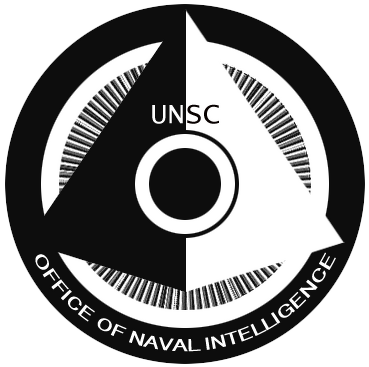 To all who shall see these presents, greeting:

Know Ye, that reposing special trust and confidence in the fidelity and ablities of Gregory Noll I do appoint Gunnery Sergeant in the UNSC Marine Corps to rank as such from the first day of January in the year of our lord Twenty Five Fifty Six.

This appointee will therefore carefully and diligently discharge the duties of the grade to which appointed by doing and performing all manner of things thereunto pertaining. And I do strictly charge and require all personnel of lesser grade to render obedience to appropriate orders. And this appointee is to observe and follow such orders and directions as may be given from time to time by Surperiors acting according to the rules and articles governing the discipline of the UNSC Marine Corps Given under, my hand at UNSC HIGHCOM this first day of January in the year of our lord Twenty Five Fifty Six.

Its ok. That first part was just a prologue so the users could get a feel for the RP. We just started on sunday. If you glance at my recent post you will notice each user has their own start. Yours states you have most of your squad intact. You are heading towards the rendezvous point.Have fun XD--"History is written by the victor.History is filled with liars. 15:26, June 29, 2010 (UTC)

Q)What planet is he on?

A)The Planet Arae, a UNSC inner colony that has been occupied via blitzkrieg by the United Planetary Union (Uncle Peter or just Uncle).

A)Gunnery Sergeant Gregory Noll is en route to the Company RV (Rendezvous) point. He is in command of a Platoon sized element of ODSTs.

Q)Where is the exaction point?

A)The Arae campaign was expected to take sometime.So for now there is none.

The UPU does not use Phantoms. They are Human separatists.--"History is written by the victor.History is filled with liars. 16:39, July 3, 2010 (UTC)

The UPU uses either older Pelicans and Falcons.--"History is written by the victor.History is filled with liars. 18:58, July 3, 2010 (UTC)