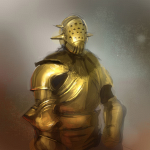 I would like to create a series of short stories set in Aftermath. Just like Halo: Evolutions. I'd just like to check in with you to see if it's okay.--TehSpartan 17:32, September 24, 2011 (UTC)

It was because Torkamentov has been taking stimulants and is becoming unstable due to their prolonged use. It's also because they just got blindsided by Sentinels, and whenever a Sentinel came onto the bridge, it always wanted to talk to Garcia first. Not only that, but there was a period (during the Covenant infiltration of the Grapes of Wrath, where he was entirely alone with a sentinel. So in Torkamentov's mind, he thinks that Garcia has been taken over by them. Also, subconsciously, he is jealous of how Garcia has been rising so rapidly. Make sense? --Azecreth 23:28, September 24, 2011 (UTC)

Check it out. [1]. Thats a quantum buster. It would have to be Forerunner or Precursor tech, and the Unified Earth Empire would stumble upon it after they have lost Earth. And it is used in Cole's Last Stand. --Azecreth 15:16, September 25, 2011 (UTC)

Because it's an alternate reality. In this one, the Humans have been able to explore planets on the other side of their empire away from the Progeny. And Emperor Cole will use it on Earth. Mostly this is because the Koslovics came back during the Human-Progeny War, helping to turn the tide aganst the Empire. then the Second Human-Progeny War comes around, and Cole takes what remains of the UEE fleet to retake Earth. It doesn't work out. He dies, but he uses a quantumbuster on Earht, so the Koslovics can't have it. --Azecreth 19:59, September 25, 2011 (UTC)

So, I had an idea for what the guys could find in the asteroid facility. I'm not sure how connected Dark Enlightenment is, but obviously he has some power, or else he wouldn't have been able to hack the GoW's system. So what if the facility is a dormant Sentinel manufacturing plant. The humans accidentally turn it on. While this may seem bad, Dark Enlightenment has reprogrammed the computer making them so the Sentinels are only loyal to him and the Contender. So then the two Sentinel armies square off somewhere, maybe distracting Follower long enough for Riley to get the Contender or something? --Azecreth 15:31, September 29, 2011 (UTC)

Thanks, I'll probably write it later. As for Shards of Reality, I'm in the process of writing a rough timeline, which we can add to as the universe fleshes itself out. --Azecreth 16:47, September 29, 2011 (UTC)

Hey is there anyway to edit a title cause I just made my short story page and I wasn't paying attention and spelled aftermath wrong.--TehSpartan 19:16, September 29, 2011 (UTC)

Hello Pikapi. Just asking: Do you remember or keep using that planet generator (Chupathingy)? It would be greatly appreciated. —

...Right now, nobody knows that Riley is alive, and I was thinking that on his later conquest to retrieve The Contender, that he would visit the planet stated on these pages. It is NOT Quinn's planet, nor the tundra planet that I had promised TehSpartan!...

You said that the planet we landed on (with Riley) WAS Quinn's planet.

Just asking. Is GF dead? Because it's been pretty inactive. I should have some free time this weekend to post.But I would like to know if I should. Hell for all I know posting could revive this whole thing. --TehSpartan 23:28, October 12, 2011 (UTC)

Duuuudddeee I literally was just posting as you made your edit and lost the whole post. I'll retype it later.--TehSpartan 21:26, October 15, 2011 (UTC)

it's no big. I really was planning to put the Echoes from the Aftermath stories in the Great War/ Insurrection Era's. I didn't want to do Post War type stuff until after Glasslands came out.Fortunately since AU is pretty new it should fare better than older universes like AAO.--TehSpartan 21:41, October 15, 2011 (UTC)

Also I'd like to make a recurring character in Echoes named Kento Moram. I'd like to make him Turok's brother. But I thought I should probably ask you.TehSpartan 21:48, October 15, 2011 (UTC)

I was wondering if you could add an AU Elite infobox to Kento Moram because I am still a little sketchy on the art of using infoboxes.--TehSpartan 21:27, November 23, 2011 (UTC)

Thanks a ton bro. For Kento and Echoes. I'm sure I'm figuring it all out as I do more and more here. I finally started on Echoes you know, feel free to check it out *shameless plug*--TehSpartan 22:28, November 23, 2011 (UTC)

I have some plot ideas for Aftermath and I would like to run them by you. One is a Human Insurrectionist Group that seeks to gather Forerunner Artifacts for an "undisclosed reason". Another one that I really like is an ONI facility where people were kidnapped, augmented (it can be done on adults as shown in Glasslands), and forced into Cryostasis in case we really did lose the Human-Covenant War.I personally like these ideas but you're in charge so I wanted to get your opinion.--TehSpartan 17:48, November 24, 2011 (UTC)

Thanks for the feedback. These are both really new ideas so I am just trying to work out the kinks and make it all Canon Friendly. Oh yes, the main reason I said the frozen humans should be augmented was I figured that they would need it to repopulated and survive against a Covenant dominated Galaxy. Plus I figured a "the one who got away" type character would make a pretty interesting protagonist --TehSpartan 18:14, November 24, 2011 (UTC)

In response to your inquiry over the fate of the Grapes of Wrath, I say go ahead. I myself apologize for the long stints of inactivity..not really sure what keeps pulling me away.

I've got a querstion. How many UNSC ships should we sayare left. I was going to say five or six. Also,I hope you dont mind if I have the Covenant fleet show up, and we team up to stop the homicidal robots thatare killing us all.--Azecreth 15:37, January 30, 2012 (UTC)

I suppose I could say that I used the signal relay on the asteroid facility to boost the transmission strength, or something. However, since the Covenant ships are monitoring all UNSC frequencies, they hear it to, and come as well. And of course Follower hears it, setting up for an epic battle. Make sense? --Azecreth 14:14, February 2, 2012 (UTC)

IDK Sig|nova=You know the image you supposedly "made" and passed off as your own? Well I found the original. Unless your username on moddb is Blamtroid (I am letting him know about your theft), I don't think you have the right to say "I created this work". I'd suggest you send an apology to the creator of the work, as well as putting the image up for deletion, ASAP. Regards!

IDK Sig|text=Riddle me this then: Why did you put the template that says. "I, the creator of this work, hereby release it into the public domain. This applies worldwide. In case this is not legally possible, I grant any entity the right to use this work for any purpose, without any conditions, unless such conditions are required by law." On an image that is obviously not yours? It's not that I don't like people taking images from other sites (hell knows I do it). I don't like people taking art and passing it off as their own.

IDK Sig|nova=Fair enough. Also do note, that it's not me picking only on you, if anyone, even an admin had taken someone's art and claimed it as their own, I would call them out on that.

Hiya! I rewrote the last part of chapter 5 in Halo: Victor. I'm so sorry for the long delay and you probably are more interested in doing other work, but if you could take the time to read, see what you think, exchange feedback etc. would be brilliant. I hope that you would still be interested in finishing the story because now that that chapter is out of the way, we can get focused on the next half of the story.

The Office Of Naval Intelligence has sent you this letter via [TRANS-COM] to inform you that you are invited to the upcoming Naval RP The Battle Of Draco III (Naval RP).

You are invited to write for either UNSC, or Covenant assets. If you would please consider this invitation seriously, and reply back to my office in the city of Visamere, Reach, it would be much appreciated.

I have updated some things on the page, if you all will RE-read the summary, objectives and other things, it will help you better understand the situation. Thank you. The Battle Of Draco III (Naval RP).

Looks liek I'll be working on the ground with the covenant for Dracos III. I need your help to think up a good name for a Wraith Platoon. Any advice would be appreciated. Thanks. --Azecreth 15:44, March 21, 2012 (UTC)

I too ran out of time for both Halo Fanon and Gaining Faith. I'm not sure about Dark Enlightenment's fate but feel free to use him/her in your stories, if you wish.-- Cheers, The Leader Talky walky page 15:45, May 5, 2012 (UTC)

You asked if our article concerning the planet Calpamos and it's 3 moons is a reference one, well yes it is, if anyone wants to know about this planet and the system in which it lies, they are welcome to access our site.

Hi, I was wondering if I could join the Aftermath project? I have a pretty good chance of getting in considering I'm new and haven't really wrote anything yet. Can't wait to RP in the project.

hello i new to this but i love to roleplay and would like to join your story if thats alright im 13 but am very civil, don't like violence but like to play games and watch movies with it, and love to read books but i'm very good at this so its your choice--Shadowolf213 (talk) 12:40, December 4, 2013 (UTC)shadowolf

Hi. I'm the brother of Rangerkid51, and I want to take over everything he started, including the Losing Hope and Gaining Faith articles/RP's, even though both of those are long over. One thing he wanted to do was finish up all the things he planned for those. So can I? PhantomLord2001 (talk) 10:04, December 24, 2013 (UTC)

I cannot grant you permission to take over Rangerkid51's articles pertaining to Losing Hope and Gaining Faith. If he is your brother as you say, and you can get him online where there is some verifiable dialogue between you and him settling the matter, you should receive no problem from anyone in claiming the articles for yourself. You're welcome, and I hope this helped. — Pikapi (Chat • What's up) 21:11, December 25, 2013 (UTC)

Yeah, Phantom can take over my articles, as well as what I contributed to Losing Hope and Gaining Faith. Hope (no pun intended) this clears everything. Rangerkid51 11:39, December 27, 2013 (UTC)

I suppose that you can incorporate the main events of Aftermath into your expanded universe, by considering the universes merged (without explicitly marking pre-existing Aftermath universe articles as yours). — Pikapi (Chat • What's up) 03:36, January 7, 2014 (UTC)

I know I've been away from here for a ridiculously long time, but all of this is still in effect, right, about Losing Hope/Gaining Faith/Aftermath? PhantomLord2001 (talk) 22:59, October 10, 2014 (UTC)

Hey Pikapi, could i possibly use you character Daryyk'Pehlami on a roleplaying website i roleplay on. I will credit you as the creator and i will link the wiki if you allow me to use the character. If you don't i wont roleplay as said character. - Brother Zael

Retrieved from "https://halofanon.fandom.com/wiki/User_talk:Pikapi?oldid=647992"
Community content is available under CC-BY-SA unless otherwise noted.