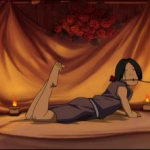 All of us are pretty swamped right now, including myself, so I understand. However, there's no reason you can't do more work here after school's out, right?

Retrieved from "https://halofanon.fandom.com/wiki/User_talk:IndyRevolution?oldid=674361"
Community content is available under CC-BY-SA unless otherwise noted.