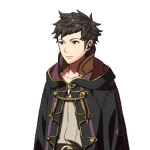 I understand, I don't know how fast we'll get to the combat phase, so you might come back just in time, if something changes, and you can start on the normal date, hit me.

Plz remove the banner from my page. I changed my Spartan to S-406

I got confused because most of Noble Team had S. I can fix it.

Please take the banner off of my page now.

Please fix anything in my story that needs to be fixed. I would greatly appreciate it.

Sorry HZ, the Switch Template doesn't work on this Wiki. Unfortunately, it doesn't have the code for it over here. Sorry if that disappointed you mate. (/)___(\) [/\Otaku of Halo Fanon/\]

Is there anywhere specific on complex? Outside or inside, for example? -KidVegeta (talk)

By commission, I kind of meant how long the actual ship was used until the last one got destroyed, the ship actually stopped production in about 2780 but the ships stayed active until 3400. And slippage operates outside physics, and in slippage, you travel far faster than the speed of light, which is why in the fall of reach, reinforcements arrived from nearby star-systems within ten minutes. But I'll make the changes, or were you talking about the pulse drive speed? Ez'rathel (talk) 15:19, October 26, 2013 (UTC)

Hey could you help me with both of my articles? I'm not sure how good they are, but I think I improved them a little bit.

Re: Re: Article Help Edit

Thank you for the info, but one of the things that it doesn't really show, is that the bay's on the ship are almost 50% of the length of the vessel, but thank you for the help, and I will make the necessary changes, I plan on adding a small page specifying the Moa details, but A Moa can roughly hold two pelicans inside its' bay. thank you and please continue criticizing the pages.

You've been awarded the Halo Fanon Legion of Merit and the Halo Fanon Eagle Superior Service Medal by HIGHCOM for your dedication and commitment to the service of Halo Fanon, and on behalf on the wiki, wishes to thank you for all you have invested in this wiki.

RE: Taking it here Edit

As stated on the IRC my only issue with it was that it seemed to be you deliberately setting up KV to make one of his trademark "witty comments", I use the term loosely. Again, as happened on the IRC, I understand where you were coming from and apologise for overreacting. Regardless, thanks for clearing up your intentions once and for all!

Hello Hyper Zergling. I was just working one of my ideas, Operation SUNSET. But then I realized when reading Ryan-A022 that it sounded an awful lot like your Operation: FINAL SOLUTION. This is was I have for it.

I just wanted to let you know that I wasn't plagiarizing and that if it isn't too similar to FINAL SOLUTION.

In regards to removal Edit

RE: Reach for Xbox One Edit

Ok fine, but you should know that im not on the wiki that much anymore, and will be inactive most of the time so if you want to talk this out, do it this week because after that im probably gonna be inactive again due to me being a lazy p.o.s.--Austin J.Moulton 05:20, October 1, 2017 (UTC)

Unwilling to collab any longerEdit

Due to Rahul's recent comments on facebook, I am no longer willing to collaborate on any fanon universe which involves him. I will also no longer produce character screenshots for you. -KidVegeta (talk)

Retrieved from "https://halofanon.fandom.com/wiki/User_talk:Hyper_Zergling?oldid=719692"
Community content is available under CC-BY-SA unless otherwise noted.