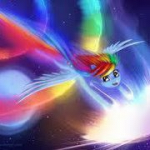 I have added the template to your page. Just enter in the information. Of course, you do not need to fill out every section. If you have any questions regarding the template usage, feel free to ask. ~Hyper Zergling 04:31, October 26, 2013 (UTC)

You frigate has way too many pelicans it can fit in it. Assuming the other transport is even larger, I'll say you'll only be able to have up to ten dropships total. ~Hyper Zergling 15:44, November 13, 2013 (UTC)

Well, ships\fleets aren't really the normal fanon types I do, but I can try in help you to what my abilities allow.

Hmm, well I’m not quite sure I’m ready to put much more effort into a project other than The Great War, I’ve only started getting into the third of about forty articles, but I still may be able to throw in a few ideas or possibly help you in another way.

Some of your ideas that you mentioned sound alright, but I suggest that you consider changing the name of the Vengeance-class - vengeance sounds more assault and for it being a “mobile military city/fortress” sounds more defence, but thats a little thing doesn’t matter that much.

I don’t quite understand, why would IRC hate you? honestly when you log in, you don’t always have to talk to people, I normally just speak what I need to.

You don’t know how to upload images? Theres an icon on the left of the screen while editing, you click it than go to “choose file” and find the image you desire on your desktop and finally upload.

And thank you for the offer, I may take you up on it in the future, but I’m intending to have The Great War as a solo project for the moment. :)

Well as I said the name was a little thing :)

Its good to see you’ve got a lot of ideas flowing - means your inspired, which is good for the article. Reminds me when I started writing TGW (you’ve seen some of how much was/is in my head). Anyway I’m guessing by the size of the ship is that it is a post Human-Promethean War vessel, seeing that its a lot bigger than the Infinity. So what I would like to know is, what is the exact decade was the Vengeance planned and what years they were in service, also its a heavily armed war vessel so what battles are currently going on in the galaxy and finally what are the exact things did you want me to help you with. :)

What you need is a scanner, but if you don’t already have one it would be pretty expensive so… :/

Sorry I haven’t written back in a couple of days, I haven’t really been productive anywhere at the moment :/

I honestly wouldn’t know what to write about the galleon-hull-armor either, I kinda lack knowledge in that area, sorry.

What I suggest you do is create a page titled something like UNSC Navy (2568) (I don’t know what the exact year this war is, but it just an example). Anyway this page could give readers an idea of what sort of conflicts and stuff the fleet is wing used for, it would also give you somewhere to link all your articles together.

Well I sort of get the idea of making infoboxes and templates and it is something that I am interested in learning more about, but I’m probably not the best person to ask, I am still a newish wikia user and have much to learn. You could try this, but honestly I like the look of your current one, if your talking about the info box your using for your ships that is. I recommend you ask Sona or someone else on the admin team, they’ve all been here awhile and know how things go.

And I may be able to help you with that other thing you mentioned, but when you approach me about it be very specific on all details, so I understand and don’t have to message you about such details.

Finally, about the last message I sent, I got no idea what I meant to say on that last line "fleet is wing used for" where it says wing, it may have supposed to say "being". :\

I'm alright, though I'm slowing down a bit with my work, just deciding what directions to take and I'm also pretty worn out, I've been working non stop for three months and need to slow down. I probably wont have anything new that'll be ready to read for a couple of weeks, but schools starting again soon so it could be longer. (~ Samdoo (Talk) (Contribs) ☺︎ 05:03, January 26, 2014 (UTC))

Well I actually really like the concept of the Covenant material, though the article needs a bit more depth, but thats no problem its a new article. (~ Samdoo (Talk) (Contribs) ☺︎ 05:15, January 26, 2014 (UTC))

I actually reckon there could still be more room for expansion on Veradnium, but it doesn't matter that much, short articles aren't bad ones, anyway you don't need to do it now.

I'm currently working on the Covenant's page, but as I said there isn't going to be much incoming content on my articles for a couple of weeks, though I just got the Halo Wars strategy guide today so I will now be able to find anything I could have missed in TGW. I'm kind of on a hiatus at the moment and my final year of school is about to start so progress will slow down. It'll be best if you just check up on my pages every couple of weeks for a look instead of messaging me about it, on my profile near the to of got a small spot called my current projects and they will be the articles i'm mainly focusing on. Also because my work is slowing a bit I've added "(Constructing)" on the side of each section on the pages I'm currently working on so readers can understand they're not ready to be read and have incoming content, so when you see that a section no longer has "(Constructing)" by it you know its read to be read :)

Please use the article's talk page, not my user talk page. Keeping the conversation with the article - where other users may read it in one place and add to it as they wish - is far more conductive to discussion of the article. Thanks for your understanding. Auguststorm1945 (Talk) 04:22, March 3, 2014 (UTC)

Actually, I have a few general questions for you, if you're up it:

Dont worry I wasn't offended, but honestly I don't see why a congratulation could be rude in any way. I was probably messaging about something else at the time (as seen higher up on this page), hence there being no reply (~ Samdoo (Talk) (Contribs) ☺︎ 01:22, April 1, 2014 (UTC))

Oh, I see, well I didnt get that when I read it, but I can understand that someone could misread it, I already new you really liked my works you see, so it would have confused me if I thought you had written something intentionally offensive :/ anyway problem / confusion solved (~ Samdoo (Talk) (Contribs) ☺︎ 04:22, April 8, 2014 (UTC))

Retrieved from "https://halofanon.fandom.com/wiki/User_talk:Ez%27rathel?oldid=584516"
Community content is available under CC-BY-SA unless otherwise noted.