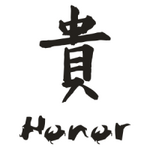 Survival of the Fittest

I've been over on the Althistory wiki working on map games and my alternate timelines. Also, I've got a sci-fi project in the works. So everything is going very nicely on my end as well. :D Vivaporius: "I don't need a slogan" 22:59, March 12, 2014 (UTC)

Wondering when you will finish the Battle of New Tyre.

Yay need any help or ideas on it.

By the way been on URF and Innies why not Pirates team up with the UNSC and UIF...the former Halcyon class Light Cruiser, the CMA Fighting Onward. That went rogue than follow illegal orders being renamed The Sword of Righteous. To joined the fight at New Tyre as one more MAC in the fight

Dude PLEASE finish the Battle of New Tye page. That story is great and I'd love to see where it goes. I have several pages similar of great canon battles an would be honored if you took a look at them. Really great page, would love to see how it ends.

Any chance for more on New T and Nathan Hale —Unsigned comment by Just a Crazy-Man (talk • contribs). Please sign your talk page posts with '~~~~'.

I wonder will we see more of the UIF, New Tye and General Hale? —Unsigned comment by Just a Crazy-Man (talk • contribs). Please sign your talk page posts with '~~~~'.

Hi Dirge, I was wondering if when you expand your Battle of Hollow Point article, if the ships that I have written could have taken part in the engagement? The were largely assigned to the outer-colonies for deep-space, convoy, and long range patrol as an operational detachment of the UNSC Third Fleet. At the outbreak of the Covenant War, the ships were present at many of the futile outer colony battles. As the outer-colonies became thinner and thinner, HIGHCOM started to withdraw expensive ships like cruisers from the outer-colonies, so it would make sense that the UNSC Pride and UNSC Haskell would be at the battle, since Admiral Elliot's defense fleet composed of a number of warships limping back from the few outer-colonies that remained which FLEETCOM deemed too risky to defend in force.

My only stipulation is I would like the ships to have escaped the battle, however Rear Admiral Borden can be killed in the battle and both ships can be heavily damaged both on arrival and departure from the engagement.

What do you think?

Retrieved from "https://halofanon.fandom.com/wiki/User_talk:DirgeOfCerberus111?oldid=653314"
Community content is available under CC-BY-SA unless otherwise noted.