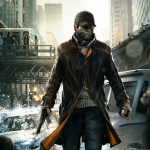 When leaving a message, please add a new heading so things are better organized. Thank you!

So I heard you like trolling? Well, heard/seen. Anyway, I wouldn't bother trying that on here otherwise your stay will be quite short. <Death to Heroes>[The Damned] [The Lost][The Forgotten]|Deus Ex Ajax

RE: Not canon friendly

At minimum, you have two weeks to make appropriate changes before the article is namespaced. However, if the author of the article is clearly making an effort to make the article canon friendly, there is effectively no deadline. Thanks for your quick response and understanding. Auguststorm1945 (Talk) 13:51, March 24, 2014 (UTC)

Using some of your articles

I have seen your post on my page and I shall see to getting my pages signed. Anyways, thank you for my acception into vadumverse

Sounds like an awesome story and the style sound like it could be lots of fun. As of how the Ember Coalition can be introduced is maybe easily done... They have ONI deserters still working within ONI that could gather the information and send it to the coalitions command who then sends a recovery force team to the Apple of Eden. I think the LEGION the Coalition could work together on this one as the two organizations have much in common.

As for Fireteam Cell and Lhor Konar I'm glad you would like to introduce them in our story. Fireteam Cell can't really disobey orders due to the micro bombs in their head (If you have seen mission Impossible 3 or Batman: Assault On Arkham yu what their in for) and can easily be deployed under Vincent Kaisers command and Zeta Primes (The Fireteam's assigned dumb AI that monitors the team and updates their objectives according ONI priorities).

As to who gets the Apple of Eden I think it shouldn't be the Ember Coalition because they will later get the Guardian of Norma... Let's say they fail in getting to the artifact or is betrayed by LEGION who takes the artifact for themselves and the Coalition then, somehow, finds the map, or at least pieces of it, to the Guardian of Norma. That way we can link this story to the one where the many factions will fight for control over the station later.Revan180193 (talk) 07:26, July 7, 2015 (UTC)

RE:Time off and whats to come

With all due respect, I actually don't care what you call it. I modified them both so it's not visible that both templates were your's, and at this point, they aren't your's anymore. It's also in my right to doubt if you created these templates yourself in the first place, meaning you copied them as well. Unless there's proof of this template existing nowhere else I will continue to to doubt this. I hope this carries my point across. Nicktc 21:02, September 8, 2015 (UTC)

Even though there's still no valid proof, since I can't log in there to check or anything, in face of an easier solution I've decided to remove it after all. You can also have the members only template back, I don't like it anyway. Nicktc 09:29, September 9, 2015 (UTC)

could we collaborate or could i possibly add some of my articles to your universe??

(I dont have a title)

i know. i know. OP. yes, while the Bunker Hill is massive, it broke the record for new tech (even more than the Infinity in order to better counter the Far Wanderers onslaught.

so, what kind of stuff to i have to create in order to join the Vadumverse?

So the universe you're planning to make takes place after Cortana sends Earth into a global blackout? FeralG5 (talk) 09:14, November 17, 2015 (UTC)FeralG5

After 2 months and a week(?), I have returned and I find my flagship page (Ramsey-032) wiped. I can still edit, but WTF is up with that? Please look into that.

Hello there. I just need a few tips on Ramsey-032 page, like how to write it.

Tell me if you want me to keep the article so far. Ramsey-032

RE: Survival of the Fittest: Season 6

So, I sent an application for the Vadumverse and asked about it on the talk page. One of the admins (moderators? I don't know) told me that you might be a little bit slow to getting to them and that I should post something here to remind you.

Help with the Vadumverse Members Template

So, thanks for accepting me! But I'm having trouble with getting the Vadumverse Members Template to work. I don't know if I'm doing something wrong (which I probably am, cuz I'm a n00b) or if it's something else.

Cities affected by the 2558 Earth Riots

RE: Delta Company and Vadumverse

Yo how do you do the little profile pages on the side of the wiki articles, like the one on most wiki profiles? I'm new, so if you could help that'd be great. -Tre

Hello, Andromeda Vadum. I am Tre 'Yaeumai, a new writer of the fanon category, and I would like to contribute to the "Vadumverse" you made. You and your articles that you and the rest have made are very great, all in all, from the lore to the ideas you have. Pretty creative. Anyways, as stated, I would respectfully request to contribute to your storyline. If you were to accept, I would be grateful. -Tre

I understand how you'd want to decline, as English isn't my strong suit, as I get C's a lot. But yes, I would like the help. I'd greatly appreciate it. And I was going to make my own universe while contributing to yours, so you do know. Anyway, I thank you to the highest degree possible for even reading what I do, and I would love criticism. So again, if you were to help me, I'd be grateful. Thank you. -Tre

Retrieved from "https://halofanon.fandom.com/wiki/User_talk:Andromeda_Vadum?oldid=696927"
Community content is available under CC-BY-SA unless otherwise noted.