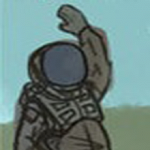 Hey man I'm not sure If you're allowed to tag pages but hats not the point.You've tagged these pages for stupid little reasons.

All in all a lot of foolish mistakes but I know you're trying to help.Either remove these banners or I'll ask a addim.Hope this dose not sound rude or angry.

Hello bud reckon you could remove the banners on Sasha Azarov and maybe give me some feedback? TartanSpartan (talk) 21:44, January 18, 2013 (UTC)

Hey brother mind removing the NCF and grammar banners on Sasha Azarov, it was solved but I was busy for 2 weeks. TartanSpartan (talk) 10:54, February 24, 2013 (UTC)

Since Asniper is busy like he said could you give your opinion on my character and help me make him better? I plan to make a story about his tank crew. CelticBhoy123 (talk) 21:30, April 11, 2013 (UTC)

Well I want to base him off of my dad who was a hitchiker in Scotland and settled down in Ireland. And now he's a Provo sergeant and tank commander in the Irish Army. CelticBhoy123 (talk) 21:36, April 11, 2013 (UTC)

looking for writing work, if you need any help or want to expand an idea id love to help i have a little writing exp you can check it out on my page thx. Unlawfulspartan (talk) 03:08, April 26, 2013 (UTC)

Hey Thanks for the feedback, yes I know its all over the place and I can feel the Mary sue lurking (but there’s a full squad of them lol), the idea was that he shot one elite that was close with his shotgun and pulled the pistol to deal with another one further away, that’s when Achillies helps. But yes it is very un-organized; it was an attempt at a prelude to a bigger story. When I think of the story I see it like a film and it’s then very difficult to get that into words. I am determined to continue as there is so much inspiration on this site it would be rude not to. (Achillies Reborn (talk) 10:46, May 17, 2013 (UTC))

Hello there Fellow. I'm fairly new here and i recently made a Insurrectionist character, Nathaniel Hale, basically a Innie who has common sense and abandons his war with the UNSC when the Covenant invade. But feedback or rather my attempts to get feedback has been virtually zero.

If you could take some time to read what i have and point out any issues i'd greatly appreciate it.

Apologies for the delay - I was occupied by some unfortunate personal business the last several days. If the roleplay is still on (Turn 2 hasn't been posted?), I can provide some content for national activities. Again, I apologize for my unannounced absence and for missing the deadline for turn 2. Auguststorm1945 (Talk) 19:49, March 8, 2014 (UTC)

Retrieved from "https://halofanon.fandom.com/wiki/User_talk:A_Fellow_Stalker?oldid=558143"
Community content is available under CC-BY-SA unless otherwise noted.