Hey guys, my name's Dan aka Templarus II, and I've been a fan of Halo since Halo 3: ODST released, when I was 8 years old. My dad, who'd been playing Halo since Combat Evolved, indulged me after that. I've only recently began writing fiction, and I've been thoroughly enjoying it. The first bit of fiction I created was a Covenant "Needle Rifle" type I called the "N25 Needle Shooter". From there I began to create characters for every universe I liked, specifically Borderlands where I created a "former psycho" as I called him, named Cole who had a pet named Red. I then delved into the world of Assassin's Creed creating a character named Cole Dusktracker, who I gave a ship and the whole nine yards. I created my first Spartan on a piece of construction paper when I was 9 or 10, naming him "Cole-11", which I have never been able to find since.

As of now I have recently began writing on the fandom in my free time. I am a senior in High School, and am intent on joining the U.S. Army upon graduating. I enjoy power-lifting and fitness, maintain a deep interest in history (specifically WW2), as well as a fascination for politics. Most of my characters reflect a part of my own personality, the personalities of friends or family, or personalities which come to the forefront of my mind.

I am pretty active on Xbox, add me if you want, my gamertag is Templarus II, and can mostly be found playing Halo, Battlefield, Fallout, Elder Scrolls, PUBG, Hearts of Iron IV, among many other games.

A side activity I've been doing is making ship badges, unit patches, or emblems in general. If you would like one done, feel free to contact me on Discord @Templarus. I always do them for free and can usually get them done in about a week or two. 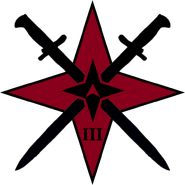 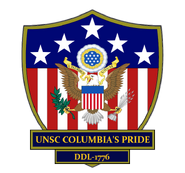 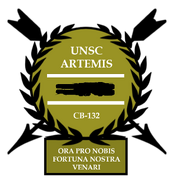 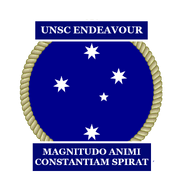 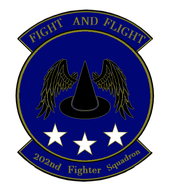 Add a photo to this gallery
Retrieved from "https://halofanon.fandom.com/wiki/User:TemplarusII?oldid=683912"
Community content is available under CC-BY-SA unless otherwise noted.