The Administrative Team | Request Reinforcements | Out of Mind 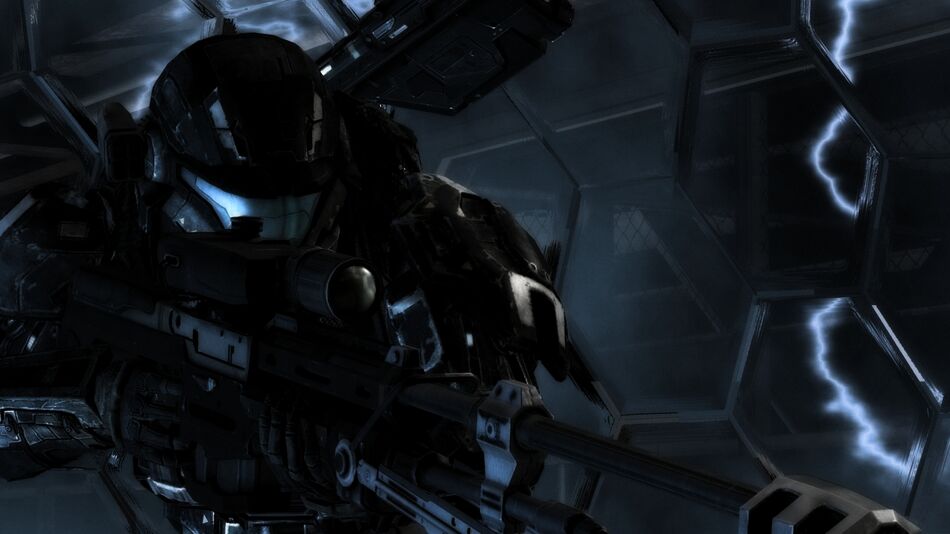 "And when he goes to Heaven, to Saint Peter he will tell: 'Another Marine reporting sir; I've served my time in Hell.'"
―Anonymous

In my spare time, I play Halo, write fiction, produce art with a graphite stick, listen to the old 21st-century band Coldplay, and often hunt flying monkeys for sport with my SRS99C-2AM rifle.

More information regarding the "real" SPARTAN-091 is located here.

I am currently working on the Repentance Universe, a collaborative effort striving for a realistic take on the Halo universe with my fellow conspirators, AR and AJ. I have got several stories in the works will help me develop both my beloved ODSTs and backstory for Repentance, among them being Mercy's Requiem and Halo: Restitution. Check them out. If you're interested in my work, or the work of my partners, our personal universe's archive of articles is located right here. 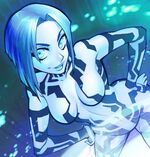 Hey there! I'm UNSC AI JLT 8011-10, SPARTAN-091's current (and only) AI counterpart. I know quite a lot of classified information regarding this man, but unfortunately for you, I am not about to reveal anything about his background. Why? Well, because ONI: Section III would deactivate me in a second if I did. And if, by the slightest chance, they did not, Jared-091 would. (He's so personal about this stuff...) Anyway, the declassified items you ARE allowed to read without an Alpha-Priority Security Clearance are listed below. There will be more to follow shortly, as parts of his battlelog (the victorious ones, of course) will be released to the public as UNSC recruiting propaganda. Well, I've gotta run! It has been pleasant!

A universe unto itself...

He stood, muscles tensed, gray eyes darting. The dark soil of this planet caked his boots; a cool breeze stirred the ashes at his feet, remnants of what had once been a bustling city full of people. Off to his right, a fire burned; black fingers of smoke tore at the blue sky overhead, clutching at the cloudless expanse. The dead steel skeletons of the charred buildings groaned and pinged as the ravenous flames licked at them. The harsh chatter of automatic weapons fire echoed through the devastated ruins, accomanied occasionally by the dull explosion of a fragmentation grenade. Glass from collapsed spacescrapers littered the ground, diamond-like points that glimmered in the sunlight. Overturned automobiles lay helter-skelter on the blasted highway, evidence of the hurried escape the citizens had effected. Rising above the wreckage was the slender thread of the Chester Nimitz Memorial Space Elevator, stretching high up into the atmosphere. the roar of a passing atmospheric craft broke the super-soldier's trance. He raised his weapon; pulling back the action, he cycled a new round into the assault rifle's chamber. The bolt snapped back with a metallic clack. His gloved hands gripped the rifle tightly. He stared into the dusty haze ahead of him, his enhanced vision clarifying the blurred outlines of dead soldiers slumped against makeshift barricades. Behind the polarized visor of his helmet, his eyes hardened and his jaw muscles tightened. They would pay for this destruction. The sun reflected off of his olive drab armor, armor that was scratched, scarred, and pitted from countless battles. Oh yes, he promised as he headed towards the fray, they would pay. Because he was a SPARTAN, and SPARTANs never died.

Add a photo to this gallery