Minister (known officially as the Republic of Minister) is a Unified Earth colonial world, located in the Sigma Epsilon System, approximately 17.3 light years from Sol. The colony's government encompasses all settled land, comprising of thirty two territories spread across three seperate continents. At a population of nearly 820 million, it is among the most populated colonies in the UEG sphere.

It is a major commercial and economical world, with trillions of credits in revenue brought in from the colony's agriculture, electronics, manufacturing and entertainment industries.

Transportation on Minister is noted for its dense and well maintained transportation systems. The colony's primary highway system runs through nearly all states of the Minister Republic, allowing for the efficient transportation of economic and civilian goods. Many of the colony's highways operate directly alongside the colony's vast MagLev Train network, with rail tracks built directly perpendicular to the roadways.

Minister is known for its car culture, a trait that was brought to the colony from its many American settlers. As a result of this, Minister has an extensive system of roads, freeways, expressways, and highways. Nearly every county on the colony provides a bus service, with statewide bus services being provided by companies such as Greyhound and Tterrab Transport.

A total of two spaceports are located on Minister, one in Portview and one New Murcina. For the last twenty years, a third space elevator in Loomis has been proposed, but has remained in a political situation since. Portview is also home to the colony's largest sea port, a feature which has made the city the colony's economic center. The Portview Intrasystem Spaceport and Los Perros Space are the colony's major air and space transportation hubs.

The Minister Republic is officially a Secular Country and holds no religous governance and allows free exercise of all religions. According to a 2567 survey, roughly 30% of Ministers claim "religion plays a vital role in their lives", a slight increase from the national low of 28.2% following the end of the Human-Covenant War. Many attribute this increase as a result of recent religious revivals within the surviving inner colonies.

A 2566 study of Minister's population found that roughly 60 percent of Ministers regard themselves as Christians, a .8 percent increase from six years earlier. Catholicism was the largest Christian denomination, accounting for 32.2% of the population. 22% of the population identifies themselves as being agnostic, atheist, or simply having no religion. The leading non-Christian faiths are Hinduism (8.1%), Islam (7.2%), Judaism (2.2%), and Buddhism (0.5%).

The Minister Republic is also home to the headquarters of the Intersystem News Corporation, the third largest media provider in the Unified Earth colonial sphere.

Gridiron Football, Basketball, and Soccer have remained the colony's most popular professional sports for several decades, with Gravball coming in a close fourth place. Baseball is also extremely popular, often drawing large audiences. Horce racing and Hovercraft racing are also popular among certain regions. Numerous other recreational sports are common throughout the colony. Surfing and Volleyball are popular in the planet's tropical regions, while Snowboarding and Skiing remain popular in the colder areas. Wrestling, Lacross, Boxing, and Skateboarding are also common activities.

Minister has held the Galactic Cup three times and has one the title eight times. At the most recent Summer Olympic Games, Minister won 1,201 medals. 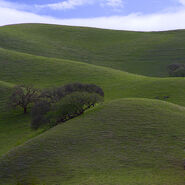 Troops training in the Vallo Mountains
Add a photo to this gallery
Retrieved from "https://halofanon.fandom.com/wiki/User:Sgt.T.N.Biscuits/Minister?oldid=657894"
Community content is available under CC-BY-SA unless otherwise noted.
FandomShop DC Trivia GalaxyQuest