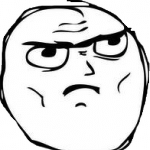 Greetings, I'm My Wunderwaffle iz missin or shortened to MWIM as you've probably seen from the IRC. I'm just a normal guy in his early 20s that lives in the Midwestern United States. So I scrape enough time to post here when I'm not working at my aircraft hangar or doing something else. I swam competitively and played punt/kick returner and defensive back in high school football.

I am a fan of the Kansas City Chiefs, Royals, San Francisco 49ers, Giants and Golden State Warriors.

I am a Halo veteran (a fan since 2001) so it was almost natural that I had some crazy fanon ideas. I was on here some time ago when my earlier ideas became a bust. So I took some time off and with the releases of Halo 4, I was inspired to come back to doing Halo fanfiction with a much clearer idea of what I wanted to do.

I'll be posting information on my universe fairly soon and will be happy to accept whatever help I need or is offered my way, while doing the same for others.

Even though I've been on several wikis for years, I'm still learning how to do some basic things, so if anyone can give me a hand on how things work around here, I would really appreciate it.

This is my entire story archive on fanfiction.net. Feedback and constructive criticism is always appreciated

Retrieved from "https://halofanon.fandom.com/wiki/User:My_Wunderwaffle_iz_missin?oldid=608417"
Community content is available under CC-BY-SA unless otherwise noted.