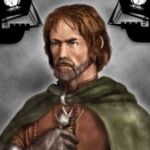 Welcome! I am Lieutenant Matthias Karlsson (25613-52685-MK), also known by the nicknames Matt-256 and MattNet, my subordinates' take on inside jokes. I am part of the staff of High Command Facility Bravo-6, Sydney, and my duties pertain reviewing and categorizing Unit/Personnel CSVs, Ships, Deployment Orders, Planetary Astrophysics Reports, and more. This is a massive undertaking, and thus some things may take some time to update. Accept my apologies in this regard.

Now, if you want to access my files, follow the links given below. If you have business with me personally, feel free to leave a message on my Private COM Channel, and I'll do my best to reply.

Retrieved from "https://halofanon.fandom.com/wiki/User:Matt-256?oldid=665529"
Community content is available under CC-BY-SA unless otherwise noted.