"It's not enough to win. You want nothing left of your enemy but a skull nailed to a fencepost so everybody understands the cost of crossing you."
―Durga

k4: What, you're not impressed? Sheesh, I worked on it for the better part of two hours.

k4: Wow, a mom joke. Soooooooo witty, this one. Okay, so I can see that looks alone aren't gonna impress you, Mr./Mrs. Userpage Criticizer. Very well, time to get down to business.

k4: Shut up before I fuckin' smack you.

So, onwards and upwards. Looking to the Userbox on the right of this page, you will find some basic tidbits of info on me, but(you can revert your eyes here after you're done with the 'box) this heading is where the good stuff is.

First off, and explanation of my Username(s).
My inital username, k4karnage came out of me trying to teach one of my young cousins the Alphabet, back in 2005. I have the habit of playing "6 Degrees" in my head with certain things, so I associated the form I was teaching, letter - for - work starting with letter, with the ever-prevalent use of 1337, or leetspeak, on the Internet. When joining Bungie.net, I referred back to this association and substituted the following elements: K, as in the first letter of my name, for, translated to the number 4, carnage, substituting the c for a kto fall into line with leetspeak.

Thus, my primary, and to this day, most ingenious, username was born.

However, soon I became bored with it and in 2007, I decided to change. I simply cut the karnage and was left with k4. Unbeknown to me, this was also the designation of a section of the sculpture in front of the CIA that has, to this very day, remained unsolved. After learning this in 2008, I realized how resounding this was, as I typically describe myself as "unsolvable", meaning no one person has yet to figure me out, or put a definitive label on me.

Intriguing as it was, I became bored with it also. So, in mid 2009, I started researching military call signs. I found an appropriate designation to be my third username. Using my first name's first letter(K), with corresponds to the NATO Phonetic alphabet word "Kilo", I attached it to "Three Zero", which means 30, which happens to be my B-day. Yes, another fitting username created, Kilo Three Zero.

I occasionally switch between the three of them nowadays. If you see any of the three floating around the Information Superhighway, you've found me.

Well, I can't be on Halo Fanon all the time, can I? I'd run out of creative juice eventually. So, I entertain myself with some other things.

You know those cheap, see through gun toys you see kids playing with sometimes?

Welcome to the Major Leauges, boys.

Indeed, I have been Airsofting since June 2009, and even worked in an Airsoft Retail shop from August '09 to April '10. However, you probably haven't seen me recently due to my primary weapon being out-of-service. I would fix it, but lack of money makes that difficult. Oh, yes, I have extensive airsoft repair knowledge and can work on and upgrade/downgrade/sidegrade quite a few models. Just ask away.

Indeed, I am a huge Trekkie(correct usage) and could probably recite quite a few episodes and movies off the top of my head.

That's All For Now

So, I hope that this userpage gave a you a better insight into me. Of course, if you have any questions you wish to present to me, my talk page is always open. I am also found on the IRC occasioanlly, in #halopedia and/or #halo-fanon channels. Any of the other sites linked here can also be used to contact me with. 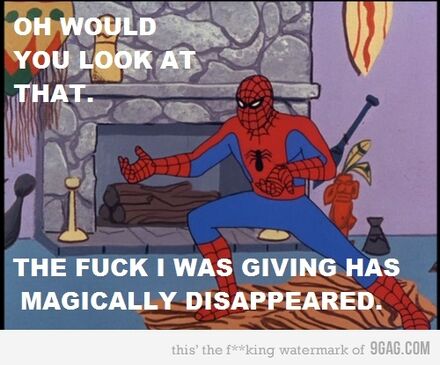