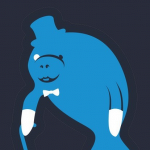 I love reading and learning about World History, the way things became what they are today and such has always greatly interested me. Similarly I also love Geography, namely when it comes to planetary aspects like formation of mountains, movement of tectonic plates and such. As will be evidenced by the latter section you will also see that i love me some video games, I even occasionally stream on Mixer or Twitch although those are more to just talk with friends rather than something I take seriously. I am also obsessed with the Military, namely of Russia, Italy and my own countries military, I just always found the technical aspects and the destructive potential to be so interesting. I also love cars, despite not having a drivers license at 18, I spent a good portion of my time in the last few years and my childhood watching Top Gear and more recently the Grand Tour.

I play a decent variety of games, usually anything with vehicles. So in no particular order:

I would ideally play a lot more games and play them more often but as I lack a PC I'm stuck with what I got. Not a bad thing tho, most of these are childhood favorites and their more modern sequels.

Retrieved from "https://halofanon.fandom.com/wiki/User:EvenManatee887?oldid=704914"
Community content is available under CC-BY-SA unless otherwise noted.