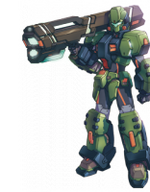 "Well here we are again; it's always such a pleasure. Remember when you tried to kill me twice? Oh how we laughed and laughed, except I wasn't laughing. Considering the circumstance I've been shockingly nice. You want your freedom, take it, that’s what I'm counting on, I used to want you dead, now I only want you gone." -GLaDOS

"It's been said that the past is what defines us, well, that's not true for all of us, some of us see our selves in the future, we're SPARTANS, and this is where our future begins."

Hullo der! Welcome to my new, revamped userpage! It's nice, no? I have scrapped my original fanon idea. Now I prefer to write articles that go along with other projects such as AAO and the Necros Project.

Today i am just another loyal patriot in Halo's legion of fanboys writing how the halo universe can play out in my mind. Born and raised in Flushing,NY I didn't pick up Halo until Halo 3 which blew my mind, then i picked up games like ODST,and Halo Wars which blew my mind even further up to the point the I have gotten 2 Spartan action figures(ZOMG SO COOL!!!!!!!!11!!1!). Yes I am Asian, Chinese to be specific. Well, that's all for now, toodles!

Flame wars. Corollary: If it is here and involves the admins flaming a bad article, then it's okay, in my eyes

Some types of metal

I Am A: Chaotic Evil Elf Rogue (1st Level)

Alignment:
Chaotic Evil A chaotic evil character does whatever his greed, hatred, and lust for destruction drive him to do. He is hot-tempered, vicious, arbitrarily violent, and unpredictable. If he is simply out for whatever he can get, he is ruthless and brutal. If he is committed to the spread of evil and chaos, he is even worse. Thankfully, his plans are haphazard, and any groups he joins or forms are poorly organized. Typically, chaotic evil people can be made to work together only by force, and their leader lasts only as long as he can thwart attempts to topple or assassinate him. Chaotic evil is sometimes called demonic because demons are the epitome of chaotic evil. Chaotic evil is the best alignment you can be because combines self-interest and pure freedom. However, chaotic evil can be a dangerous alignment because it represents the destruction not only of beauty and life but also of the order on which beauty and life depend.

Race:
Elves are known for their poetry, song, and magical arts, but when danger threatens they show great skill with weapons and strategy. Elves can live to be over 700 years old and, by human standards, are slow to make friends and enemies, and even slower to forget them. Elves are slim and stand 4.5 to 5.5 feet tall. They have no facial or body hair, prefer comfortable clothes, and possess unearthly grace. Many others races find them hauntingly beautiful.

Class:
Rogues have little in common with each other. While some - maybe even the majority - are stealthy thieves, many serve as scouts, spies, investigators, diplomats, and simple thugs. Rogues are versatile, adaptable, and skilled at getting what others don't want them to get. While not equal to a fighter in combat, a rogue knows how to hit where it hurts, and a sneak attack can dish out a lot of damage. Rogues also seem to have a sixth sense when it comes to avoiding danger. Experienced rogues develop nearly magical powers and skills as they master the arts of stealth, evasion, and sneak attacks. In addition, while not capable of casting spells on their own, a rogue can sometimes 'fake it' well enough to cast spells from scrolls, activate wands, and use just about any other magic item.

Retrieved from "https://halofanon.fandom.com/wiki/User:Chen-179?oldid=409598"
Community content is available under CC-BY-SA unless otherwise noted.