"Give me a weapon and a target. I'll handle the rest."

Master Chief Petty Officer Deckland-G482 is a SPARTAN-III Commando of the United Naval Special Warfare Command. Deckland is Second in Command of Spartan Team Quebec, a veteran team of Spartans who fought throughout the final years of the Human-Covenant War

Deckland was born on Palhaza, Reach. His birthdate, however, is classified. Deckland's parents were killed in an automobile accident two years after his birth, leaving him as an orphan. As a child, Deckland was exceptionally intelligent, as well as athletic, which led to his abduction at the age of 6. After his abduction, Deckland was transferred to Onyx to undergo his Augmentation. There, his superiors learned of Deckland's extraordinary ability to lead other Spartans in the program. After his training was completed, Deckland was transferred into Alpha Company, in which he was given a command position in Spartan Team Quebec in 2542. However, Lieutenant, Junior Grade Deborah-242 took over the reigns of Quebec Team the year after.

In his Service Record, Deckland is described as "A true leader who's intelligence can lead his team to survive a suicide mission." Deckland puts his other Spartans before himself, and would willingly risk his life to save another. Deckland is also exceptionally confident in himself, and, according to Deborah-242, "isn't afraid of anything." 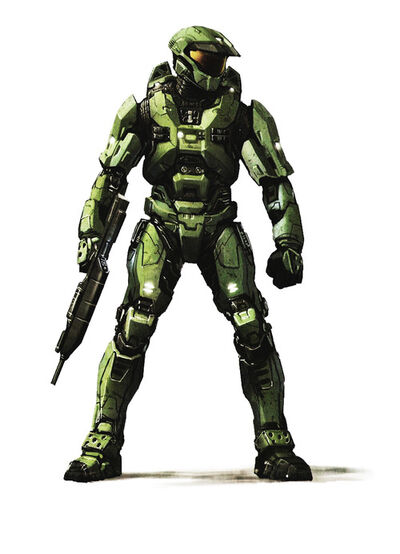 "Shows signs of true leadership; his intelligence could lead his team to survive a suicide mission. Exceptionally intelligent and athletic. Disciplined, focused, and prepared for any situation. Excels with scoped weapons, specifically the M392, but is also capable of using the SRS 99.

After finishing Augmentation and Training in 2527, Deckland was immediately entered into Alpha Company. There, Deckland participated in several small battles, including Operation:STURGEON in 2529. While he spent his early years fighting without a specified unit, Deckland was often chosen to take part in Special Operations in need of Spartans. In 2533, Spartan Team Quebec was organized, and Deckland was given command of the unit after being promoted to Chief Petty Officer. Although Deckland was somewhat inexperienced, his Superiors allowed him to control Quebec Team due to his distinguished ability to lead other Spartans.

Deckland survived many encounters that other SPARTAN IIIs did not, proving his worth to the UNSC. Because of this, Deckland began to fear the death of his teammates. He then began to grow a closer bond within his team. Deckland considered the Six Spartan Team to be a "family."

In December, 2553, Deckland's position of Squad Leader was replaced by Deborah-242.

The majority of the Deckland's career took place on Quebec Team. After serving as commander of the team for 5 Months, he was replaced by Deborah-242, which came as a surprise to Deckland. Somewhat angered by his demotion, Deckland and Deborah struggled to communicate for several months. Regardless, they were both a part of one of the most respected SPARTAN III active units. Deckland's first major encounter on Quebec Team was the Siege of Outpost 16, a response mission to prevent Sangheili Invaders from massacring a Command Center belonging to the Office of Naval Intelligence. However, the entire time did not participate in the battle, but rather a small group comprised of three Spartans (Not including Deborah). Although Outpost 16 was lost to the Covenant, most of the ONI Personnel inside were saved, which was an overall victory for Quebec Team.