Not counting shorts, the planned Sigmaverse stories I intend to do on Halo Fanon.

Stories that I find integral to the Sigmaverse and will definitely write, in the order I intend to write them.

With so many characters in the Sigmaverse now and more popping up every time I'm struck with an idea, I need to figure out how to integrate them all into the general plot of my universe. As it stands currently, everything should lead up to the end of Halo 5 in October of 2558, since the galaxy-changing arrival of the Created will likely change the face of the Haloverse forever. As such, I'm going to try and list out planned things for every group of characters I have.

Unlike the SPARTAN-II's, the SPARTAN-III washouts didn't die. They backed down. In Ghosts of Onyx, when an Alpha Company member backed down when asked to jump from the back of a Pelican, they 'washed out', being unable to become a Spartan. However, it was later noted that they were kept on as DI's for the training of Beta Company. This is quite understandable, as you wouldn't want a group of kids sent back to an orphanage telling people they'd been recruited by the military. I'll have this particular person assigned off planet by 2552, doing something-or-other behind the scenes. Will probably have been put to work by ONI.

Since I'm going to be expanding a lot on the backstory of Abd-al-Qadir ibn Asad in the near future, it may warrant a story or two based on his younger years. I'm thinking around 2513 or so, when he's in his early twenties. This would be a few years before he founds Lion's Claw and his tracking down of the mentor who betrays him. During this time he's recruited by ONI to work for them under threat of death or life imprisonment, and helps to track down a number of major criminals on several planets - including his hellish homeworld of Troy. To do this ONI gives him a pre-owned ship and enough supplies to work on their own, and a small crew.

Ship Name: The Oryx. A heavily retrofitted Parabola-class freighter designed to remain inconspicuous and keep the crew comfortable between trips. It possesses a couple of guns and a missile bay for dealing with fighters but will mostly rely on avoiding conflict, as it is not a warship. The ship contains a great deal of storage space and room for a single SKT-13 Shuttlecraft in one of its loading bays, which has been converted into a hangar. Being such a large ship, it is unlikely to be suspected as an ONI vessel and will be bringing tremendous amounts of water and vegetables grown in the on-board hydroponics bays to worlds in the Outer Colonies.


The Mission: A designer drug known as 'Rocket' is slowly seeping into the Inner Colonies. Taking the form of a red substance that is injected via a small canister, it gives the user a short-lived high and heightens their senses immensely for roughly an hour afterwards. Prolonged use leads to mental degradation and heavy addiction, and has spawned an incredibly lucrative drug trade in the Outer Colonies. While this would usually be a matter for law enforcement agencies, ONI has discovered several major links to Insurrectionist groups being funded by the trafficking of Rocket, which is believed to be a low-grade form of the 'rumbledrugs' created by several terrorist groups. However, all attempts to discover the source of Rocket thus far have failed and a few agents from ONI's BRUTUS force have been captured or killed. As such, the crew of the Oryx have been tasked with going to some of the more dangerous areas in Human space to track down the manufacturers and their Insurrectionist paymasters.


Target Worlds: The Oryx is set to deliver supplies to several colonies in search of the group producing Rocket. These range from fairly quiet planets to bustling, crime-ridden worlds.

As the 'final' (depending on new Haloverse plot developments) Sigmaverse story I have planned, THD's gonna be big. I mean, all hands on deck here we go plot armour removed big. Need to plot out potential battles, important story elements and when and where people will show up. So far there's three main spheres of conflict the story revolves around:

This is just a vague idea at the moment, but I'd sort of imagined most of the Outer Colonies and contested UNSC/Covenant space as a Wild West of sorts in the aftermath of the Human-Covenant War, where mercenaries, outlaws and warlords reigned supreme with the occasional intervention from one of the major powers. However, all that chaos and uncertainty isn't going to last. Mankind got back on its feet pretty quickly, and as their recolonisation efforts expand alongside their cooperation with the Swords of Sanghelios, they're going to set their sights on problems they've been forced to ignore for years now. Namely, the frontier.

This isn't a project as such, but more of a concept mostly tied to the Sigmaverse as it heads into the Created War. Once the status quo is (hopefully) restored and things aren't too horribly messed up in the aftermath, I've a feeling that things are going to be different. After enduring the machinations of ONI, the Created and their attempt to take over the galaxy, and the usual infighting, how many of these groups will remain? Taking many of my own characters into consideration, I wonder what kind of life they would have if they survived this new war. Times are going to change, and there will be a shift as the frontier is 'civilised', for all that's worth, and certain antagonists may be introduced or brought into prominence to lead this effort. Whether or not the frontier's denizens go down fighting is up to them I suppose.

Officially lasting from late August to mid-September of 2558, the Imperial War was a brief but intense conflict fought between the joint forces of the United Nations Space Command and the Swords of Sanghelios and the Imperium of Clarity, a sizeable Covenant Remnant faction. While the Imperium's growth from a small collective of far-flung colonies into a potentially threatening interstellar empire in the span of less than five years had gone more or less unchecked by other factions in the galaxy due to its remote nature, a sudden attack during a fairly minor dispute over mining rights in a minor system kicked off a brutal war between these factions. This RP will tell the story of those involved in the Imperial War and follows the conflict from beginning to end.

Tracks that, in my mind at least, fit my characters.

A dump for images I've found/made. No stealing.

The participants in Operation: ASHES. 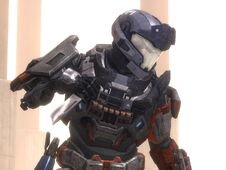 Hank-136 after being revived. 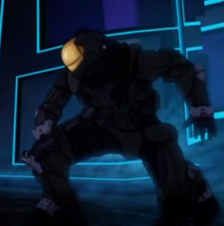 The destruction of the UNSC Leonidas

I'm going to get to use this a lot on the Irk. 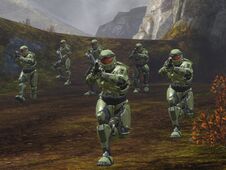 SPARTAN-II's. Could be used for something on Reach. 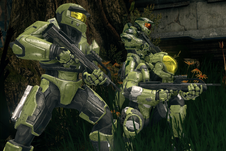 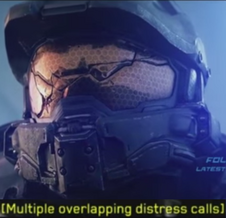 For when everything's gone to shit. 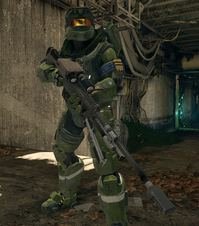 Jun-A266 in his GEN2 VIGILANT armour. 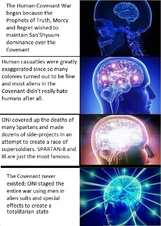 The truth is out there.

Whiskey-04 are briefed en-route to a mission. 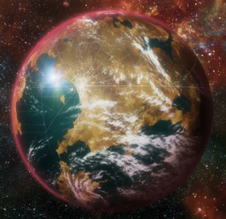 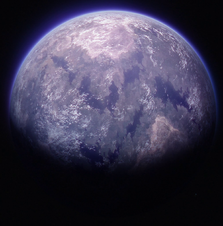 The Imperium of Clarity's fleet in battle. 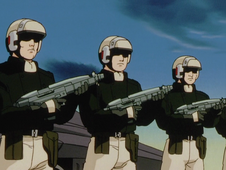 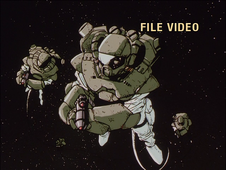 Depiction of UNSC ships in the midst of a furious battle. Will use for something.
Add a photo to this gallery
Retrieved from "https://halofanon.fandom.com/wiki/User:Brodie-001/Sandbox?oldid=716995"
Community content is available under CC-BY-SA unless otherwise noted.
FandomShop Newsletter Join Fan Lab