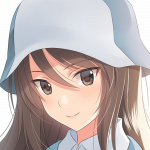 Hello there! I am Jesse Spade Loon, I mainly go by the persona Anakin Nakamura. I'm an Aboriginal Canadian who lives in Canada, should be obvious, with my mother. I also live with my sister, little sister, baby sister, little brother, nephew, niece and my mom's... I don't know what to call him, calling him her boyfriend is far from what they actually are. And no, I'm not saying they are married either. Actually come to think of it, rarely any Aboriginals in Canada actually marry each other, its all just relationships than marriage. But not me, I don't really wanna follow the way my fellow Aboriginals; having kids before marriage? No, that's not me. I wanna be married first before that, heh all my sisters laughed when I told them that. It was actually funny just saying it again.

Anyways that's enough of me, you know me, and I don't know you yet but hopefully we will get to each other and call ourselves; A friend of one another. Down below will be a list of all my works. Stories included.

This is a list of all my works. Both original and fan-fiction.

Works in regular text are finished.
Italic are unreleased works.
Bold means they are in-progress/in-production/currently on-going.
Italic bold are planned.
Struck through are deleted/cancelled works.
This list is also under active construction.

Retrieved from "https://halofanon.fandom.com/wiki/User:Anakin_Nakamura?oldid=682276"
Community content is available under CC-BY-SA unless otherwise noted.