"I should be writing more."
―The collective mantra of Halo Fanon.

Greet'ns. I'm Ahalosniper, one of the admins around here. After showing up in 2009, I hung around in the background for a couple years until joining the old Irk and eventually ascending to the Administration. I've been known for contributing to some of the site's largest RPs, both on the site and on the Old Irk, though I'm something of an infrequent presence on the new Discord.

As far as on-site projects go, I head up the Good Articles panel, started up The Weekly and have helped run it off and on, and contributed to a number of odd projects including Haloween, Survival of the Fittest, and Halo Party Time. I generally try to be a nice guy, so have no fear, and seek me out on my talk page if there's something I can help with. Regards, That Damn Sniper. 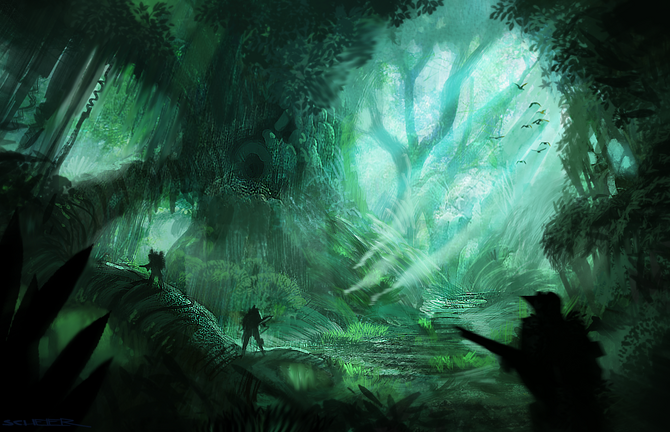 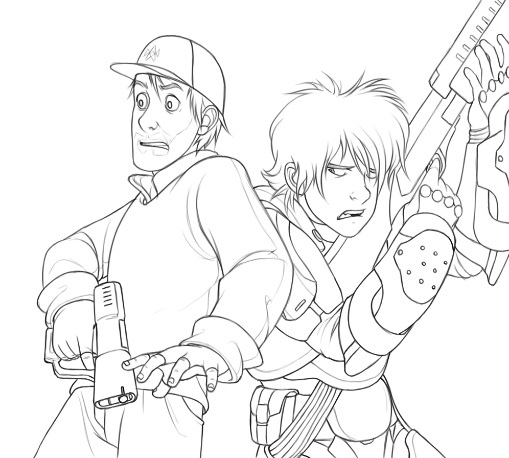 On a planet made secret by ONI, the recruits of Gamma Company become SPARTANs.

Team Machete takes part in the last battle of the Human-Covenant War.

Outlaws, rogues, and thieves band together to find a life outside the powers that be.

The crew of the UNSC Infinity struggle to survive in the far reaches of space. 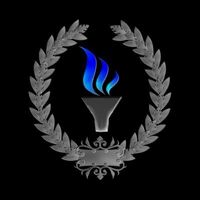 Upon the deliberations and consensus of the community, administrators, and bureaucrats, Ahalosniper has been officially recognized as a system operator and administrator as of November 7, 2013.

A compilation of tools and tips I've found to help improve your writing. I'm using these too, for sure.

General Writing Style Tips: General rules of thumb for writing that improves prose. Not absolutes, but useful guidelines to apply to your work once you have a draft and see where a word could be cut to make your writing sharper.

Sci-Fi and Military Specific: Topics about the specific genre we're here writing about.

On Halo and Writing: Stuff about the universe, the site, and writing fanon here.

"Don't tell me the moon is shining; show me the glint of light on broken glass."
―Anton Chekhov

"When the work stands equal to one’s judgement of it, it is a bad sign for the judgement. When the work surpasses one’s judgement that is worse, as happens to someone who is astonished at having produced such good work, and when the judgement disdains the work this is a perfect sign. If someone with such an attitude is young, without doubt he will become an excellent painter, but will produce few works, although these will be of such quality that men will stop in admiration to contemplate their perfection."
―Leonardo da Vinci

"This kiss, while realistic from her perspective--she thought he was dead, of course she still loves him--ends up symbolizing everything I hate about this movie: which is that his survival becomes all about his love for her--then they neuter it by giving her a new husband. Life? Fine. But this is no longer a story deserving of film treatment. He ends up sad as f*ck. Like me. I hate you."
―CinemaSins on Cast Away, and important to remember that fourth-to-last sentence when I want to explore the minutia of daily life of an average person in the 26th century: some stories, while real, are not deserving of exploration.

A snippet of discussion from a group playing the Pendragon RPG, a tabletop game about playing knights through the whole Arthurian cycle, with the events of those stories already set in place and unchangeable. Seemed oddly relatable to fanon writing.

Colin: [Someone] couldn't understand the appeal of playing through something like the Arthuriana cycle. Specifically, when you know ahead of time what's gonna happen, and the game doesn't generally deviate that far from the events. I think it would be a very weird game if Arthur didn't draw the sword from the stone. There's some people who are like, why would you want to? The appeal isn't necessarily me always having agency, it's getting to be there. To get in on the ground floor and have my character in the background getting CGI'd in by George Lucas later.
Eric: It's Rozencrantz and Guildenstern.
Jim: It's okay that we're not Arthur. That's not who we're playing. We're playing one of the countless other people who are alive and participating in this time.
Eric: It'd be like being in Dune and mad you're not Paul.
Colin: What we're doing is, for me, giving texture. By living in it, we're giving it a texture that it doesn't have.

When the admin first sees your article: 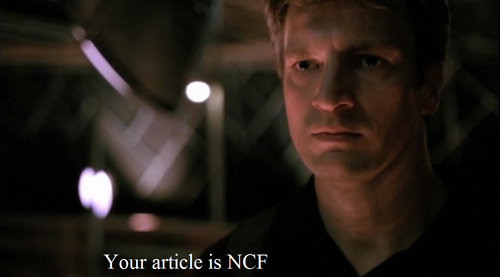 Actual status of your article: 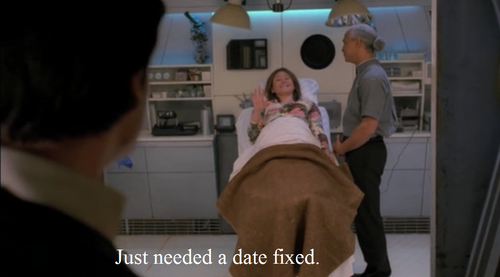 When you realize this:

Meanwhile, the admins and vets:

We were sneaking through this relic - a might sorry lot;
Our fraternizing lovers, just yesterday had fought.
The AI wouldn't shut his mouth, our ammo all was low,
But we had to find the target soon or lose our bet to Blue...

Our heavy weapons specialists were itching for a fight,
So they both took the left fork, while we went to the right.
And that was when we heard it! The sound of primed grenades,
We remembered what our DIs tried to teach in the old days...

So then we heard this bellow from back around the bend,
We turned around to see if there was aid that we could lend,
And suddenly the corridor was covered up with Grunts
Our leader called a fall back, feeling kinda like a dunce...

The sniper ran for cover; our pilot's skills were stiff,
Cause he boarded, jacked, and stole their Ghost, and drove right off a cliff.
Our medic threw a hand grenade that landed in our midst,
We all hit dirt as our Commander pondered what she'd missed...

We finally found our heavies, facing down a Hunter pair.
They jumped and dodged quite frantically, as cannons came to bear,
And then our pilot reappeared, killed the Hunters to our cheer!
It cut off pretty quickly when he ran over our leader...

The medic had his hands full; apologies were said.
We swore an oath we'd stick together just like we were wed.
But then we got to asking, where was the sniper with our jeep?
We found him with his rifle, perched in safety fast asleep...