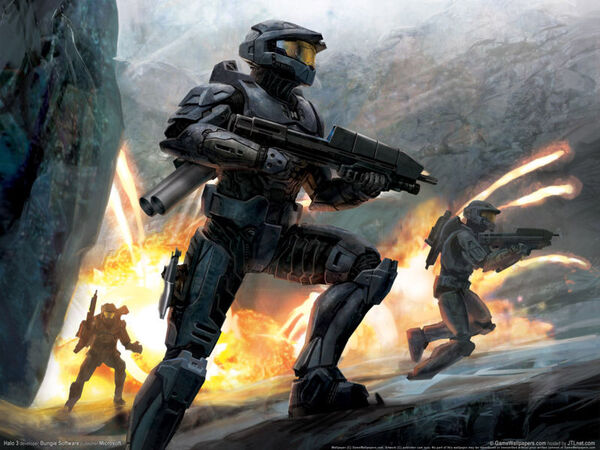 Welcome to the beckoning hands of theSaulosian Campaign;
A wonderful place filled with the hardships of war, close alliances, and mind-blowing technology.
To fully comprehend this frontier, the only thing one needs, is an open mind and a willingness to make things into a reality.

"Peace cannot be kept by force. It can only be achieved by understanding"
―Albert Einstein

The Saulosian Campaign/Frequently Asked Questions main aim is answer any questions the users of Halo Fanon may have. Feel free to place questions down and the staff of this page will answer it as soon as possible. Regards.

What is the Saulosian Campaign?
The Saulosian Campaign is a non-alternate (meaning everything is compatible with current canon) expanded universe created by Another Poetic Spartan. It mainly focuses on the aftermath of the Human-Covenant War, and how humanity struggles to keep its bearings as they try to rebuild and move forward for the brighter future. During this time of relative peace, Humanity and their allies would come into conflict with a new hostile race referred as the Saulosians, who wanted to destroy the humans for an unknown reason. As a result, a new era ensued, the Saulosian Campaign. However, the alternate universe will also include prehistoric and future information as well. Trust us. There is a lot to see.
What are Saulosians?
The Saulosians are a sentient saurian race that evolved on the world of Saulos. Facing a long history plagued with peace and conflict, the Saulosians eventually became well versed with war. Originally a Shared Republic, the Government found itself transformed into a Dictatorship after the successful coup d'état of revered revolutionary and future dictator Kornak Altos. After his ascension to power, the new leader eliminated most traces of the species vast history, using propaganda to instill a superiority complex in the Saulosians. With Kornak's totalitarian rule, aggressive expansion immediately took place, conquering several species and expand their territory exponentially in the following centuries. Becoming technologically advance, almost reaching Tier 1 status prior to the Saulosian Campaign, the Saulosians were a force to be reckoned with. The Saulosian Directorate was known to have had contact with the Covenant several decades prior to the Great War but the Covenant left them alone for their equality. After observing the Human-Covenant War and seeing the repercussions that took place after, the Saulosians deemed it a right time to strike the weakened half of the Milky Way, hoping they would fall to their sheer numbers and power.
How many SPARTANs can there be in this Universe?
There will be a set number of SPARTANs. To fall in line with canon, the total number of surviving SPARTAN-IIs will be limited but not severely. As such, only 7 are allowed, with 4 spots being taken. That leaves a total of 3 more fanon SPARTANs. Anyone who wants there SPARTAN-II to take part, must message Another Poetic Spartan, SPARTAN-118, or Maslab to have their article looked over and be accepted or denied. But don't worry. The surviving ones will make guest appearances and will be minor characters unless stated otherwise. As for SPARTAN-IIIs, there will be no limit as long as they follow canon. There will be no SPARTAN-IV Program to say the least.
What of the other Spartans?
There are two classes of Spartan-IIs, four classes of Spartan-IIIs, and no fourth generation. As stated before, Spartan-II spots are limited, but Spartan-II, Class-II, needs to be filled.
How will this Extended Universe be run?
The Extended Universe will mainly be run by Another Poetic Spartan and his appointed moderators. However, that doesn't mean that the contributors have no particular say in what happens in their universe. If they have a good idea that doesn't contradicts the plot, there will be a high chance that the idea would be integrated into the storyline, with input from the members. Namely battles, technologies, factions, characters are part of this but the users have full creative control unless it does not follow the rules, follow the timeline, and/or contradicts Another Poetic Spartan grand plan.
When does this take place? (real time, and Universe time)
In real time, the Saulosian Campaign is taking place right now, with me and others doing their best to write the backstory and foundations of the universe so it could be run smoothly in the future. Another Poetic Spartan hopes that by the year of 2011-2012, the Campaign would well be underway, unless unfortunate circumstances calls for the cancellation of this project. In Universe time, the Saulosian Campaign takes place several decades after the conclusion of the Human-Covenant War and would last for an undisclosed amount of time until the next conflict starts to unfold.
How do you get the image link in the title to The Saulosian Campaign?
It's done by the image. Because the image is the Era Icon which is generally linked to the Templates (Template:Era and Template:Eracion) Its rather simple but hard to explain. But when you are required to do so, you are asked to provide a general link to the main point of interest. Therefore, you are asked to abbreviate your era such as {Era|TSC}. To know more about this, ask Subtank or Maslab for further information as they were the ones who helped out.
Is this related to Necros or AAO or Infinityverse?
Hardly to be honest. Most of those projects are all on their own, although the majority of the members from all the projects are members within other collaborations. Even if they came to share several things, its for necessity. Against All Odds, Necros, Infinityverse are considered the bigger brother/sister while the Saulosian Campaign considers itself the younger sibling that still needs some growing up to do. Several articles can be found within many of the prjects due to plot and writing purposes as well as writers' preference.
How do you join?
It is fairly easy to join the Saulosian Campaign. All you have to do is contact Another Poetic Spartan on his talk page or ask to join on the Saulosian Campaign page, under the Sign-In Section or on the talk page. However, to be actually accepted, the user in question must have efficient writing skills and can interact with the community on a friendly basis. Anyone can actually join but if it is shown that the user is writing unbelievable matters, they will be immediately dropped.

The following is a list of project members. Moderators are in bold while unofficial contributors are to be marked as such.

600px
The Saulosian Campaign warmly welcomes and accepts all bright and able-bodied writers to participate in an event never before seen. The Saulosian Campaign will heavily focus on the aftermath of the Human-Covenant War and the conflict between Humanity and the Saulosians. However, it is not regulated to just one area. There will be dozens of other time periods to write and expound on. These time periods range from the the time of the Precursors to that of the modern era. Everyone in the project will are ensured fair and ethical treatment unless stated otherwise. So. What are you waiting for? There's a universe to be written just waiting for you.

I claim no owner ship of the above video. 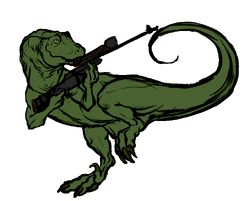 Retrieved from "https://halofanon.fandom.com/wiki/The_Saulosian_Campaign?oldid=674713"
Community content is available under CC-BY-SA unless otherwise noted.