"The First Empire was weak, our divisions too deep, our wounds to great. We must do better. We can do better."
―Emperor Morak 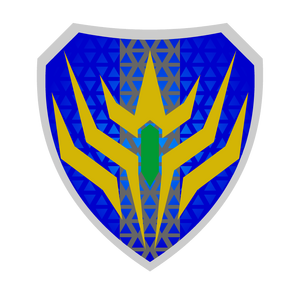 The Second Empire of Koroku is the successor to the original Empire of Koroku, later referred to as the First Empire. When the first Empire collapsed under inner turmoil, and was occupied by foreign powers, the citizenry lost all will and motivation. Their grand goal, the great Unngoy Star Nation, seemed so faraway, and unattainable. But many still had a dream of an Unggoy empire. Revolutionaries, military commanders, all kinds saw this as an opportunity to take a second go at the Empire, to make a better Empire. And of course, outside influences saw this as an opportunity to destabilise the occupying powers. So the Second Empire was born, determined to once again make an Empire for the Unggoy.

Attack UNSC garrison, and the resulting siege forces them to surrender.

Combat ranks and specialists vary greatly in the Empire, filling positions not previously seen by the Unggoy. This has resulted in new unit structures.

When Emperor Morak took the throne, he instigated sweeping social reforms, aimed at creating a stronger, more unified Empire. Deep divisions between nobility, citizenry, and slaves, created the devastating civil war that lead to their collapse, and the nobility's control over the military lead to a weakening of their officer corps. Their lack of strong leaders resulted in military defeats. This this end, Morak banned both the Nobility caste, and Citizen caste, instead replacing it with the Imperial system.

The greatest issue would be the large numbers of slaves owned by the Empire. They lived in absolute servitude, little better than animals in most places, and this caused such resentment that slave rebellions were a serious threat to the First Empire, in part leading to it's collapse. To this end, laws were instigated to abolish the slave caste. However, compromises had to be met to appease more hardline Unggoy supremacists, and maintain Unggoy supremacy. This created the Drudge class. Essentially a second class citizen, Drudges are unable to vote, unable to stand with Imperial Citizens, but have freedom of movement, and laws protecting their health and freedoms. They also work corvee labour, though their number of days is larger, and they can also be conscripted for military service.

Grand Archduke Yaayan, Government Leader: lost political standing, but is responsible for much of the recreation of the new Kingdomn

Retrieved from "https://halofanon.fandom.com/wiki/Second_Empire_of_Koroku?oldid=719775"
Community content is available under CC-BY-SA unless otherwise noted.