If you've ever actually seen an Obsidian, you're either in ONI, or a liar.Anonymous Prowler Corps Officer

The Obsidian-class Heavy Prowler is a heavy classification of Prowler, utilised almost exclusively by ONI for a variety of operations. With a long range, exceedingly high endurance, and both strike and mine deployment features, the Obsidian-class is used for highly sensitive missions, and operations far into enemy territory.

Its greatest weapon are its stealth features, allowing it to avoid detection and successfully avoid contact. However, push comes to shove, it has the necessary armament to take the fight to the enemy. For mid to short range conflict, it packs 6 Archer pods, each carrying 24 missiles. While nothing impressive, it's enough to disable or destroy smaller threats, and deter larger ones. For self defence, it packs 7 phalanx stations, to protect it from fighter constellations and missile threats.

For ship to ship combat, it has 17 XEV11-Fibreak Nonlinear Pulse Cannons. Rare and powerful weapons, unseen outside of prowlers, the Fibreak Pulse Cannon is precise and deadly. It is capable of rapidly adjusting its power output, allowing it to disable a station with a electromagnetic pulse, or punch holes through a frigate. The beams burn hot, allowing them to rapidly fire in a hail of white-hot energy. However, as they fire, the magnetic sheaths begin to deform and accuracy drops.

As part of its strike role, it carries 12 missiles. These are carried in shielded silos mounted along the upper deck of the ship. These silos can carry either the RSM-103 Wayfarer, or the RSM-107 Vagrant. The Wayfarer is a long range missile, utilising advanced sensors, stealth features, and decoy protection. The missile can autonomously guide itself, or utilise telemetry provided by the ship or forward observers. The Wayfarer's greatest advantage is its variable payload. It can be fitted with a variety of different nuclear warheads. The most common is the W700 Avenger, a dialable warhead capable of yields between 20 and 90 Megatons. The Avenger is specially engineered for detonation in deep space. It can also be fitted with the electromagnetic pulse warhead, W705 Vengeance, or the insidious W11 Revenge warheads, which causes little damage, but uses a Neutron warhead to kill personnel exclusively. Lastly, it can carry a W709 Retribution, a warhead engineered to target ground positions in a devastating nuclear attack. The Vagrant is functionally identical to the Wayfarer, but changes it's long range motor for a slipspace drive. While cost prohibitive, it can attack from outside of a star system.

As a means of subterfuge, it packs two mine dispensers. These allow it to deposit M612 Tactical Mines. These mines are both sensor invisible, and highly aggressive, using short burn motors and passive sensors. Once it picks out a target, it accelerates towards them, then detonates the nuclear charge held within. Most are fitted with the W700 Avenger, but some variants are fitted with the M705 Vengeance EMP warhead that lets it disable ships. Using its stealth features, the Minerva can deploy these mines in secrecy.

The ship features a wide range of electronic warfare gear, including a short range slipspace scrambler, radio scramblers, active cancellation pods, counter guidance systems and warfare direction systems. It also features a deep scan, high power Synthetic Array RADAR that is mounted in a linear fashion along the keel of the ship that is used for observing ground positions The ship is shaped much like a arrow head with two egg shaped engine pods. The hull is on one part, smooth plating and on the other angular shrouds, reducing its chances of detection. It is possible for the ship to go into 'silent running' where it simple lies still, drifts or goes into a stable orbit. All systems would be focused on stealth and keep the engines, slipspace drive and defence weapons on standby, with little else being powered bar life support. While 'silent running' it can quietly observe the enemy or lie in wait for days on end.

The augment its sensor array, it has a Magnetic Array. This array detects magnetic anomalies caused by ships, through long-range electric and electromagnetic field detection arrays of great sensitivity and uses this to home in on them. The Magnetic Array is incredibly accurate and has a long range of 400,000 kilometres, and is highly resistant to jamming methods, detection and interference. On top of that, stealth systems, such as RADAR resistance and optical camouflage, don't affect its capabilities.

In its electronic warfare role, it carries not only the standard electronic warfare systems of UNSC warships, but it also mounts PAVE RAPTOR and PAVE PALADIN electronic warfare systems. The PAVE RAPTOR is capable of intercepting RADAR and intercepting MASER transmissions, and decipher it, and then tracking the source and jamming it through low-detectable narrow band jamming or wide area jamming, at the cost of stealth. It has the added functionality of being able to feed false information to any of the above sensor or communication systems, further confusing enemy forces. It can perform active cancellation, sending out directed, well timed signals on the correct wavelength to 'cancel' enemy RADAR, Radio or MASER signatures, resulting in a 'silence'. The second pod is a Electronic Protection system, the PAVE PALADIN that interferes with enemy attempts to intercept and jam communication and detection systems by producing narrow beam 'burn outs' that confuse and disrupts enemy attempts to jam them. Along with that, it uses a CPU driven decryption system that protects against attempts to intercept communication systems or boost cyber warfare attacks by the ship-board A.I.

The vessel is virtually invisible to both the naked eye and the scanning systems of nearly every every faction. It is coated in ablative stealth systems and stealth paint, rendering it RADAR absorbent and near invisible to RADAR, reducing its cross section to something closer to flotsam or jetsam found in space. Matte black paint and active camouflage systems render it invisible to the naked eye also, meaning even when ships are normally visible against suns or planets, it remains invisible. Thanks to heat and radiation sinks as well it is incapable of giving off cherenkov radiation or heat signatures, meaning it cannot be detected leaving slipspace. These, however, are a double edged sword. Depending on how active the ship is, these sinks must be dumped, giving off massive heat and radiation signatures or the crew will be cooked and/or irradiated, while still alive. The ship can operate for a few days under full silence without having to dump its sinks or a few hours under full motion. The Slipspace engine dumps into a separate radiation and heat sink, meaning it can be charged or left charged without fear of it killing the crew and left charged during a operation for a speedy exit.

At twice the size of the Minerva and Cerberus-classes, the Obsidian predictably outperforms both. As a larger ship, it has improved endurance, and increased range, allowing it to penetrate deeper into enemy lines. Thanks to its larger size, and larger crew complement, it can also perform better than its smaller cousins in intelligence gathering and electronic warfare. It uses the additional crewmembers to help it to gather more intelligence, decipher more communiqués, and conduct more offensive actions against enemy electronics. It can also conduct the same operations that both the Minerva and Cerberus perform, with a pair of mine dispensers, and an array of nuclear missiles.

"It can operate ECM and warfare where you'd need three Minerva-class vessels. Thing is, it becomes a massive target if they catch it."

"This thing can at least defend itself against enemy assault, unlike the Minerva, even if it is more likely to get spotted."

Ships of the line 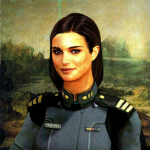 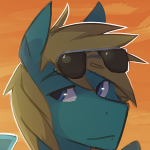 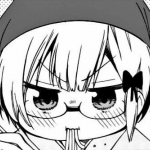