The Halo Wars series is a real-time strategy series of video games based in the Halo universe for the Xbox 360, Xbox One and Windows 10. The first game, Halo Wars came out in March 3, 2009 and it's sequel, Halo Wars 2 was released on February 21, 2017. A spinoff from the main series is planned for release sometime in the future, which will play out many of the major battles of the Human-Covenant War. Five major expansions in addition are also set to be released.

Thanks for looking at my page, I've spent at least three years working on Halo Wars: The Great War (including it's sub-pages) - not saying I've worked on it every day since than, that's just when I started, but I still must have spent hundreds (yes hundreds) of hours on it. Most to all of the content on this specific page was written within the last eight months (current date August, 2013), but all the concepts and information on factions and units I’ve been writing about for years, and for that information I am yet to create pages for but I am determined to have it all uploaded sometime in the next year.

Inspirations and naming of The Great War

I remember playing Halo Wars for the first time and just thinking how different it was to the other Halo games, but something disappointed me about it was the fact that there were so many species, characters, vehicles and factions, etc in the Halo universe and I couldn't play as all of them. So sometime in 2009 (I think/at most) I started imagining what sort of Halo RTS game that could have all these features / what would Halo Wars 2 be like, sometime after that, when my ideas were too many I decided to write them down on my computer.

New ideas continued to flow through my mind and the name of the game also changed over time; Halo: The Human-Covenant War, Halo: The Great War, etc. I eventually named it Halo Wars: The Great War, because seeing that Halo Wars was a RTS game and TGW is a RTS game, I thought it best to make it part of the same series. And the reason for naming it The Great War was because the game is about the Human-Covenant War, but I didn't want to name it that so, I called it The Great War which was another name for the war and the name of the era the war was based in.

Honestly I haven't played many Real-Time Strategy games, the main three I have are Age of Empires 2 & 3 and Halo Wars, though I've played some demos and watched my friends play a few of their games. Most of the ideas came from my head or was just an expansion of Halo Wars, the only things from other RTS games that have inspired something in The Great War are:

• Battle Examination mode which was partly inspired from something similar in Star Wars: Empire At War. But overall Battle Examination was created for the purpose of having a RTS counterpart to Theater Mode from the other Halo games.

• In Napoleon: Total War the player could speed up time so that he/she could move his or her armies across large distances faster and minimize tedious waiting time spent upgrading things, well at least thats what I think I remember it doing.

• The First & Third Person mode has appeared in several RTS games before in a few of different ways, but when I first saw it and what inspired me was some game which was mainly a RTS but the player could play as a single character in third person, I don’t remember what this game was called, I saw it a few years back now, but it may have been Savage 2: A Tortured Soul or Empires but I cant be sure.

• The Domination game mode was inspired by a few things but above all it has been greatly inspired by Star Wars: Battlefront II where players could travel all around the galaxy and could take their fleet and attack and take over enemy planets.

I've had many ideas for this game and have rewritten and improved most of them, some I would think up to ten times (probably more), one idea to another it all became very different from the original by the end. At one point I was writing two games, this one and Halo Wars 2 but I decided to merge them so I could focus on one solid project. I could spend a lot more time on TGW but I think I would never finish, so many ideas go through my head. It's sad because I've had some really great ideas but haven't written them down when they came to my mind - now lost. Other recent ideas I've forced myself not to write about because I need to finish writing about the game because I never will finish, I can’t stop new and better ideas always come.

It's now more than half way through 2013 and this projects got to end some time, who knows someone from 343 my stumble on this page and may think its a good plan for a video game and maybe even want to finish editing and expand it, though unlikely this game or a game very similar may come to us - I know this is all far reaching but I think it would make a cool game and i’ve spent a lot of hours planning it and would like to see that plan go into action. 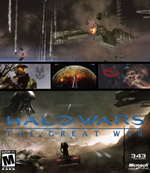 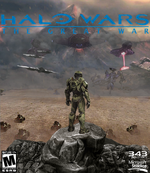 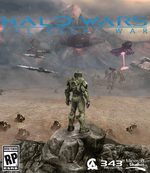 If you read the entire page or most of it (and if you can bother, you'll gain a lot of my respect) you'll notice that I may talk of the game from the perspective of being released or yet to be released, this is because it obviously hasn't been released and the other perspective is used because its easier to write and explain more stuff as well as explaining stuff that won't be released until after the game is. Despite that there may be a few more things I need to add and expand on, I believe I've explained enough for you to see my vision and understand how the game would work.

The amount I have written for this project I have estimated to be of the size of a small novel.

The reason I haven’t put much details on campaigns is that I didn’t want to interfere with (real) Halo canon, I thought if I just provide a plan the story could be made and expanded if the game went into actual development/production - not that thats going to happen. On top of that I didn’t want to use or make up any unique stories, I wanted to make the game look vast yet make it appear there was a lot more things that couldn’t be revealed until the player actually bought the game.

If you read the other pages i’ve made relating to this game you’ll notice that all the Health, Capabilities and Additional Information categories on units wont have specific numbers. They may have a question mark or say 1-100 (meaning between 1 & 100) this is because it’s probably the most complicated part of the entire project, and I don’t know all the physical canon and strengths of species, ranks and machines in the Halo universe, but I hope I have left enough information for you to understand what they mean.

If anyone wants to know how I got “wars” in the newish Halo font unique to Halo Reach, I got it from an image which was a demo of the font (which never came out?) by drummer0702 (don’t remember what username thats for). I copied the image three times and then cropped the “W”, “R’ and “S” out then I went to the Wikipedia searched Halo (series) got the logo copied it and cropped out “A”, I then used Photoshop Elements to clean the letters up and finally placed them besides each other on Pages, took a screenshot then back to Photoshop and done. The font was only a rough demo but drummer0702 still did a very good job with all the letters, even though the Halo Reach font isn’t the current one used today, the letter are a lot smoother than the original Halo font and they resemble the current one anyway.

A final idea of mine of which I didn’t write down is the idea that there could be more than 0-4 tech levels, instead there could be like a hundred which would give units and upgrades more specific requirements, though advancing tech levels would have to be a lot easier, generators and age would also have to increase tech levels greatly. 20 or 25 tech levels would be the equivalent of 1 tech level in the original. Learning about environments, different creatures and alien technology, would have also give more use to scientist units as well.

I recently had the idea of having the Circe Page 1&2 controlled by the bumpers instead of Icon 1 when it is available. As much as I admit this is a better idea, I shouldn't edit it in, if I keep re-writing things I just wont ever finish my project.

One other final idea of mine was to just dump the Circle Menu completely and merge small parts of it with the Forge Menu which would be the new one, though it may use another name. This idea would also render Circle Page 2 unnecessary.

I may still edit and tweak this page every now and then. A lot of new ideas still come but I have to think on how important it is. I believe now others can see my vision of what I wanted this game to be and hopefully you like it.

If you find spelling mistakes, contradictions and other inconsistencies on my page, please message me about them here and mention exactly where it is so I can fix it. I don’t want people getting confused when reading.

Very soon I will upload individual pages linked to this page for each faction which will have details on all their personal units, producers and combat support etc. I will also upload pages for each expansion pack and pages for the new factions they bring. But note I will do all of these pages over a longer and slower amount of time and finally I should eventually create stuff for weapons, vehicles and units completely new to the Halo universe.

Factions from the game

Retrieved from "https://halofanon.fandom.com/wiki/Halo_Wars_Series?oldid=718259"
Community content is available under CC-BY-SA unless otherwise noted.