Halo Fanon:Survival of the Fittest 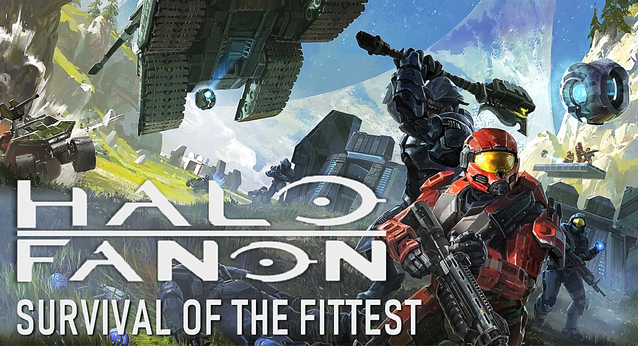 Greetings and joyful salutations! Welcome to Justanothergrunt's Actene's Sonasaurus' Brodie-001's Distant Tide's Survival of the Fittest, where anyone can join and everybody... Pretty much dies... This will probably not be a clean fight: you'll see cheap shots, backstabbing, makeshift alliances and betrayals. All your favourite Halo Fanon characters will beat the crap out of each other to become champ in a massive free for all brawl in a variety of locations, with terrain ranging from cities, lava-spewing volcanoes, icy lakes, space stations, and Forerunner installations. Enjoy!

Survival of the Fittest 4.01

As with some of our earlier SOTF systems, Season Seven will operate on a similar principle to the community stories seen in recent years. The project lead and a small group of guest writers will take care of the entire story once submissions are completed.

The weapon system in Season Seven works as such:

Season Seven will introduce a number of new sorta-new aspects to our Survival of the Fittest tournament in addition to a couple of older features, listed here: