Halo Fanon
Register
Don't have an account?
Sign In
Advertisement
in: Sigmaverse, Brodie-001, Recipient of an Annual Halo Fanon Award,
and 3 more

Halo: In the Dark

The year is 2499. It is the end of the 25th Century, and Humanity is beset by rebellion as Insurrectionist groups spread throughout its colony worlds. Among those working to counter these groups is Trident Team, some of the ORION Project's best operatives with an impressive track record of counter-terrorism operations. After several years of success in the field, cracks have emerged within Trident and following an uprising on the remote world of Heimdall, their very existence is threatened. Now under threat of death, several operators must act quickly to stop a rebel threat and uncover a secret that may shake the very foundations of the UNSC. 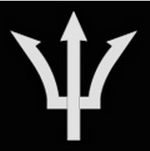