Into The Unknown is an expanded universe founded by Echowaffle8 and Distant Tide and now led by Revan180193. In response to the stonewall situation created by the Created Crisis by Halo 5 and Halo Wars 2, Into The Unknown seeks to circumvent the story problem with distance and the intervention of strange Forerunner technology. Most of the events take place in 2558 onward and seek to involve as many Halo Fanon users as possible. 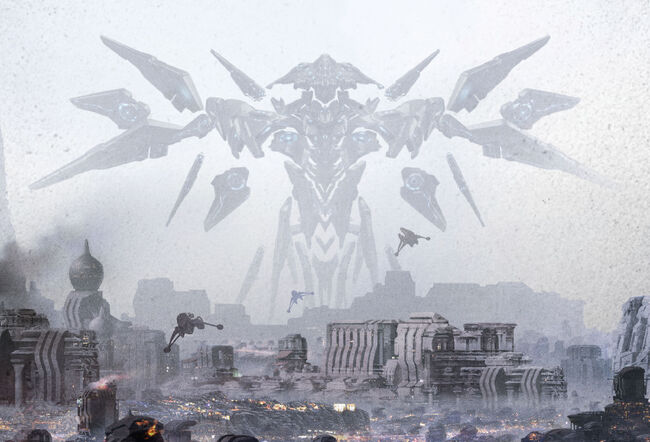 In 2530, the United Nations Space Command has taken over all facets of the human government, the Unified Earth Government. Following the Battle of Groombridge-1830, Admiral Preston Cole wrote Emergency Priority Order 098831A-1, better known as the Cole Protocol to protect the locations of many Human colony worlds still unknown to the invading Covenant Empire. It was from the establishment of this order that elements of civilian and military departments of the human government began to explore concepts for a number of contingency plans in the event that Humanity lost the war with the aliens.

From this concept, the UNSC Infinity was born and another option, Project Janszoon was established. Janszoon is a charter by the Unified Earth Government and the Office of Naval Intelligence to establish colonies outside the Orion Arm as a retreat in case Earth was ever discovered by the Covenant and glassed. These worlds would serve as a bastion where Mankind could start anew when the war was going as badly as it was. The colonists of Project Janszoon's first world call it Jade Rock.

While the war would end with Humanity victorious alongside their Sangheili allies, it was a pyrrhic victory. A death toll counting into the tens of billions. Hundreds of planets glassed to dust. Humanity struggled to reclaim their former strength, as of 2558, the recovery efforts are still ongoing. In the meantime, two ideological camps rose among the survivors of the Human-Covenant War. Those that wanted to reclaim colonies from the glassy surface, and those that sought out deep space in search of new planets to call home. Those that chose to travel further outside the Orion Arm would follow in the path of Operation: Janszoon and establish colonies of their own. This region of space, established between the Orion Arm and the Perseus Arm, is known as the Colonial Frontier, a place of uncertainty and much potential.

And while the rest of colonized space is being hammered by Cortana's Created in 2558, the Colonial Frontier is too sparse and underdeveloped to be a threat and thus have been left untouched for now. However, among the poor and wretched frames of a society-in-the-making, there are threats and whispers of a Cold War beginning to wind up.

(1) Abide by Halo Fanon regulations and maintain Halo canon. No lore-breaking behavior, please. Abide by the EU regulations as well.

(2) All elements of Into The Unknown should be created by users with exception to the vanilla Halo experience. There shouldn't be any canon characters running around unless they have a very, very good reason to be involved in this Expanded Universe. If canon characters are directly involved, it will be at the behest of the EU Admins.

(3) Contributors are NOT required to add all their fiction to Into The Unknown, however, it is suggested as long as the work abides by the regulations of this Expanded Universe. The goal of Into The Unknown is to bring aboard as much user-created content as possible. Upon joining add the EU's Era Icon to the pages being included in this EU.

(4) All events in this EU take place outside or on the edge of the Orion Arm, meaning it distances itself from the Created Crisis by light years. While the events of Halo 5 and Halo Wars 2 will have a direct effect on the plot, the actual Created Occupation does not occur on the worlds and territories where Into The Unknown takes place.

(5) Your actions on Into The Unknown will be closely monitored. Should the administrator(s) of Into The Unknown receive complaints about you, you may be discharged from our expanded universe. Warnings will be provided in response to the first offense, afterward, all actions are considered fair game. 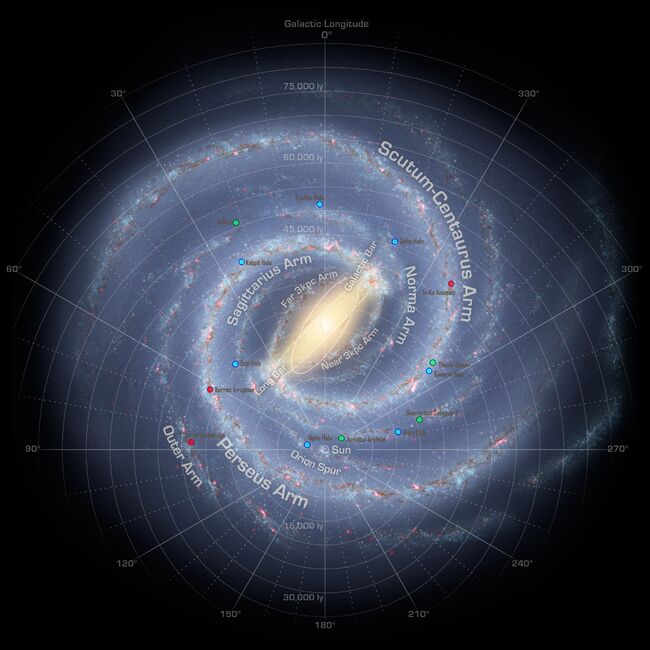 Into The Unknown is a universe created by Echowaffle8 and Distant Tide.