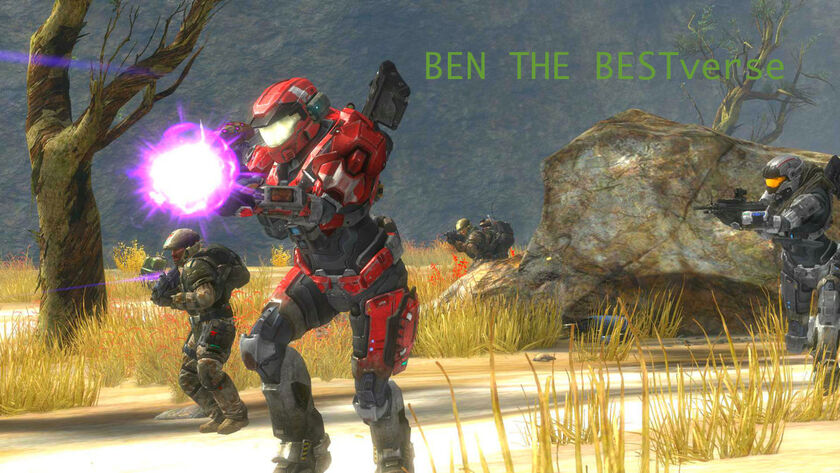 BEN THE BESTverse is an expanded universe project created by BEN THE BEST456 as a means of creating a universe with his own characters in mind. The stories mainly cover 3 major eras, being the Insurrection, Human-Covenant War and the Post War Era. The universe primary focuses on the expeditions and missions of military based personnel throughout the eras and their overall stories. The universe also takes a strong focus on the soldiers of the Alpha-Zulu Corps and their time throughout UNSC history.

Currently, I also wouldn't mind if a novelist came into the universe to help me write some stories here and there. Please leave a message under my board if you are interested.

2. You must follow continuity of both the actual Halo Timeline and the universe.

3. If you want to join, feel free to ask. I don’t think I’m going to have more than 5 or 6 people under this belt. If you would like to join, give me a message.

4. If you write a story based on one of the characters "already" in universe (Prior to July 2018) then please use the summaries on the articles themselves. Do not create a whole new tale with those characters in it.

6. Do not go past the 2590’s as I myself am still working on stuff for that with the exception of a few minor things. Additionally, you may give out articles that are set earlier than the 2400’s but please, limit those.

7. Have fun and write well.

The insurrection stands as the starting point for many older characters in universe such as Albert Söze or Richard Bradley. As a result, it would be the best possible starting point for some older leaders or older soldiers during the next era. Or if you want to have some events here, feel free to alert me before hand so I may make the appropriate changes. The Insurrection also covers the beginning of the Spartan-II program so if you have any, this is the correct era for their beginnings.

A major part of the BEN THE BESTverse, the Human-Covenant War covers nearly forty years, largely focusing on the devastating Great War and the battles that occurred during this period. As most of Halo canon takes place here, BEN THE BESTverse characters will take part in a number of well-known events, from the Harvest Campaign to the Battle of Earth. The era also covers the creations of the Alpha-Zulu Corps, Shield Team, and other war heroes.

The Post War Era is the latest period of history in the BEN THE BESTverse and covers the numerous conflicts following the Human-Covenant War. While the immediate threat of the Covenant has passed, this era sees the emergence of several new factions as the galaxy becomes a much more dangerous place, leading up to the war against the Created and beyond.

A list of all major characters within the BEN THE BESTverse that currently posses an article.

Coalition of the New Earth Government

Servants of the True Reclaimers

Retrieved from "https://halofanon.fandom.com/wiki/BEN_THE_BESTverse?oldid=681509"
Community content is available under CC-BY-SA unless otherwise noted.