"Trade winds coming from the poles, white sand beaches, and women as far as the eye can see. Our paradise in the stars..."
―Kojo Agu

Aiea, officially known as the Commonwealth of Aiea is a sparsely populated oceanic world Inner Colony and has gained a reputation for being one of the most beautiful human worlds in their region of space. Aiea is the fourth planet in its system, providing an atmosphere and tropical climate suitable to human settlement.

Aiea was settled under the efforts of the United Islands of Polynesia and Federated States of Micronesia, with funding secured and sponsored by the United Republic of North America. The colony ships UES Victoria and UES Pakaa's Blessing settled the planet in 2447. Both the Victoria and Pakaa's Blessing were dismantled in the same region to form the future capital city of Victoria. Over the course of fifteen years, the colony grew at an average pace, with other cities and towns being built all across the planet. By the end of the 25th century, Aiea had become a popular tourist and vacation destination with an average of 127 million visiting annually, more than fifteen times in population.

Aiea is governed by the Aiean Regional Council, which is comprised of forty-four councilors representing the twenty-two regional states located across the colony. Foreign relations with Earth and the other colonies have remained strong for many years, and Aiea is generally looked upon with high regard in the core worlds. Its favorable relatioms with the Inner Colonies and Sol have granted Aiea greater influence in colonial affairs, often taking an active role in the UEG Senate despite the colony's small population. The history of secessionist organizations and political parties on the colony have not lasted long, as the colony's loyalty to Earth has never wavered. Pro-Earth sentiment on Aiea is the highest per capita among any other Inner Colony world.

In a colonial census conducted in 2555, more than fifty-percent of Aieans identify as having ancestry from the various Polynesian and Micronesian ethnic groups. The remaining permanent resident Aieans have claimed ancestry from the United Republic of North America, Australia, and New Zealand. Almost all Aieans speak English, though many households still proudly retain their cultural and language roots. 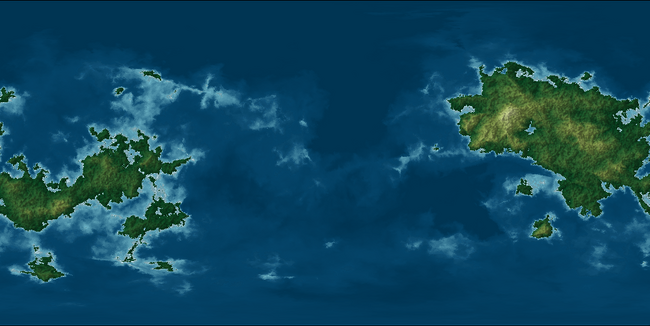 Retrieved from "https://halofanon.fandom.com/wiki/Aiea?oldid=683915"
Community content is available under CC-BY-SA unless otherwise noted.